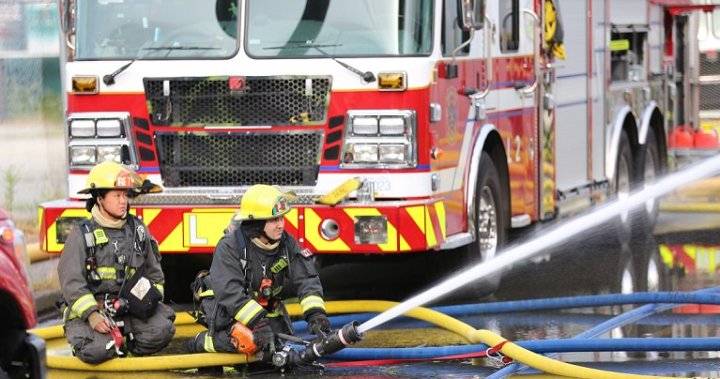 An ammonia release from a vent on the roof of a Vancouver arena exposed 13 people to the gas and prompted the precautionary evacuation of a nearby high school.

Matt Trudeau with Vancouver Fire and Rescue Services says those exposed appear to have minor symptoms, though they were taken to hospital as a precaution on Thursday.

He says the 13 people were outside, downwind of the gas, and no one inside Killarney Community Centre or neighbouring Killarney Secondary School was affected.

Trudeau says the ammonia release was connected to an issue with a pressure relief valve and has been contained, but there will be a further investigation into the cause of the incident.

He says the fire service’s hazardous materials team has monitored the air inside and outside the centre and they’re tasked with ensuring its safe operation.

An employee at an ice-making business in Kamloops, B.C., died of exposure to ammonia gas last week when a valve was dislodged on an ammonia bottle.