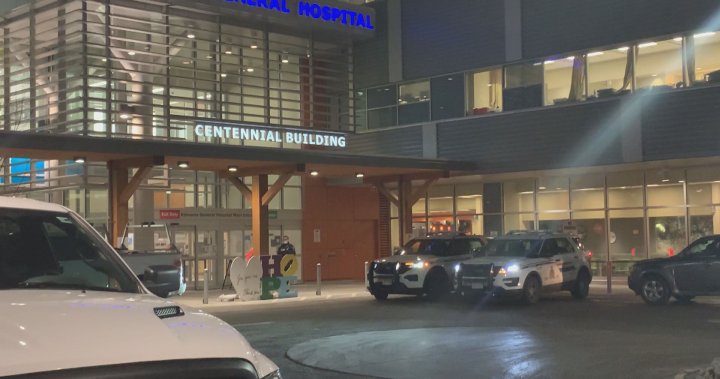 Police said two men have been injured in a shooting in the parking lot of a West Kelowna, B.C. hotel.

RCMP responded to emergency calls reporting that shots had been fired near the 4000-block of Pritchard Drive shortly before 5:30 p.m.

Police said that two male victims were being treated for serious injuries at the hospital.

The emergency department at Kelowna General Hospital was subsequently put under lockdown.

Interior Health has confirmed that #Kelowna hospital’s emergency department is still under lockdown. The health authority is emphasizing that people are still safe to go down if they need emergency care. RCMP confirm the lockdown is connected to the #WestKelowna double shooting pic.twitter.com/91sxyB1rqR

Interior Health said that patients are still safe to go down to the hospital if they require emergency care. The lockdown ended at 8:30 p.m., approximately three hours after it began.

Police said they do not believe that the shooting was a random incident.

Anyone with information or dashcam video is asked to contact West Kelowna RCMP or Crime Stoppers.