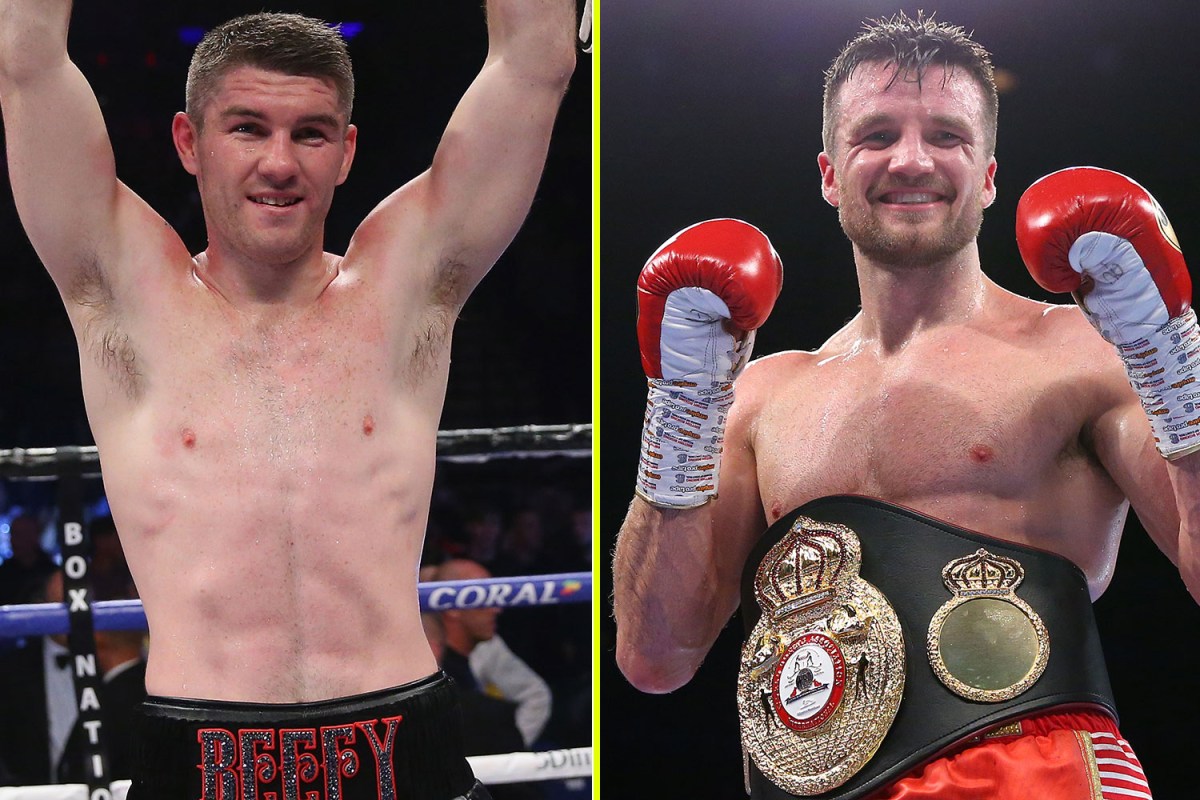 Liam Smith and Anthony Fowler are set to face off in Liverpool this weekend.

Former WBO light-middleweight champion Smith is to take on his fellow Liverpudlian on a stacked card in the pair’s home city.

Smith (29-3-1, 16 KO) is looking to bounce back from a controversial defeat in Russia against Magomed Kurbanov in May.

This super-welterweight fight will take place on Saturday, October 9.

It is being held at the M&S Bank Arena in Liverpool.

The ring walks for the 12-round contest are expected at around 10pm.

Smith vs Fowler will be broadcast live on DAZN which costs £7.99 per month to sign up and watch for subscribers.

Shannon Courtenay has been stripped of her WBA bantamweight world title after missing weight for her first defence on Friday.

The 7-1 fighter is set to face America’s Jamie Mitchell in Liverpool on Saturday, but released a statement explaining that the unexpected start of her menstrual cycle caused her to gain weight suddenly.

What has been said?

“I turned pro and I’ve had 30-odd fights and I’ve never lost to a Brit. If I beat Fowler, I’m not going to fight another domestic fighter again, unless it’s a [Chris] Eubank or someone like that.

“The way I see the fight going, it’ll be competitive early doors and then experience, cuteness and everything else will come on. I’ll stop him down the straight.”

Promoter Eddie Hearn: “This is the biggest night of boxing we’ve ever put on in Liverpool. The biggest Saturday night fight card we’ve put on since I’ve promoted boxing.

“This fight is a fight that quite frankly I hadn’t even thought of a couple of months ago. Liam Smith went to Russia and was robbed in a fight which should have taken him on to challenge for a world title.

“Anthony Fowler has improved and improved under the tutelage of Shane McGuigan and wants all the big challenges.”

“I’m confident that I beat Anthony Fowler every day of the week and twice on Sunday. If I turn up at 100% then I beat Anthony Fowler. The way I see the fight going, it’ll be competitive early doors and then experience, cuteness and everything else will come on. I’ll stop him down the straight. “