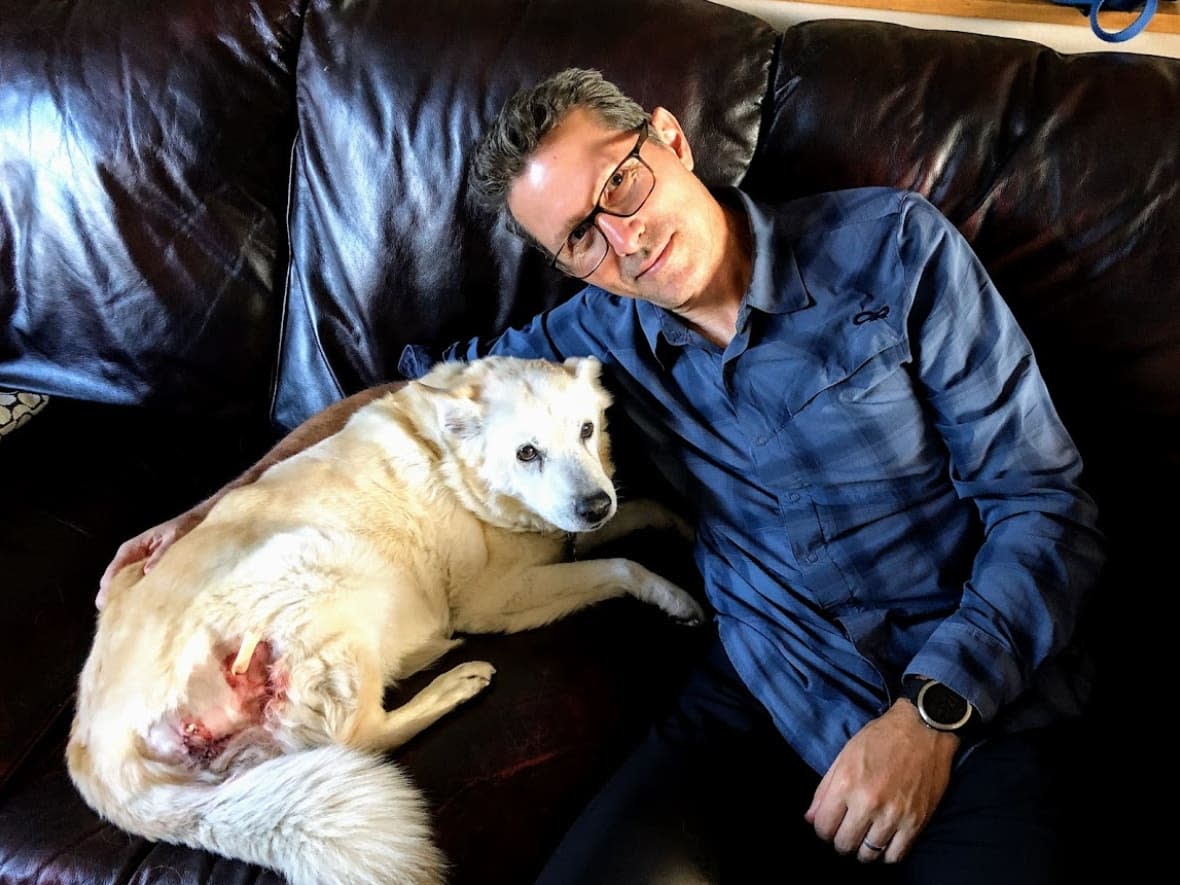 A Victoria dog owner is cautioning others after his family pet — Ms. Porkchop — was jabbed in the rear by a deer’s antler Monday.

The corgi-cross headed out to her Gordon Head backyard to do her usual business after breakfast around 6:30 a.m. PT, when she suddenly turned tail with a loud yelp and tore back inside, according to owner Rich McCue.

“I saw she was dripping blood,” said McCue.

It turned out his family pet had a deep puncture in her rear. McCue believes his dog surprised a blacktail buck, as urban deer are common in the area.

“It was dark enough and [the buck] was probably sitting under a tree sheltering from the rain. It gored her quite badly. It was about two and a half inches deep,” said McCue.

Rutting season is the annual mating period for deer, elk and moose in B.C., usually from late October until December.

During this time, deer can become more agitated and defensive.

The dog — who is an older rescue animal and former Saskatchewan street dog — has failing sight and hearing. So McCue suspects she came upon the deer before she had time to bark.

She was treated by a veterinarian and given a stent, a tube designed to keep blocked passageways open, to let the wound drain.

Vancouver Island conservation officer Rick Dekelver says it’s a bit early in the year, but it’s possible the buck that jabbed the pet was hormone-affected as it’s the start of rutting or mating season.

“You need to be a little bit more vigilant that deer are less likely to run off when approached, when shooed out of an area — they are more likely to stand their ground,” said Dekelver.

He said deer, like any wildlife, need a bit of space from humans — but it’s especially important not to crowd them during mating season, or when fawns are newly born. The animals can become defensive or more aggressive when defending their young, trying to show dominance, or staying near a certain mate during rutting season.

Dekelver said he gets about 10 times the usual calls about deer during this time, but to be fair to the deer, many more dogs are aggressive with deer than vice-versa.

“Maybe they’ve had a previous encounter with that dog and they view that dog as a threat,” he said.

“If you flip it around, if the deer had some means to report to us, we would be having five to 10 calls a day where a dog got loose and was showing aggression at a deer,” he said.

Dekelver said deer-related issues are more common than coyote-related ones in the Victoria area, because there are no coyotes on Vancouver Island.

As for Ms.Porkchop: she’s recovering, but remains wary of her backyard after the painful encounter.