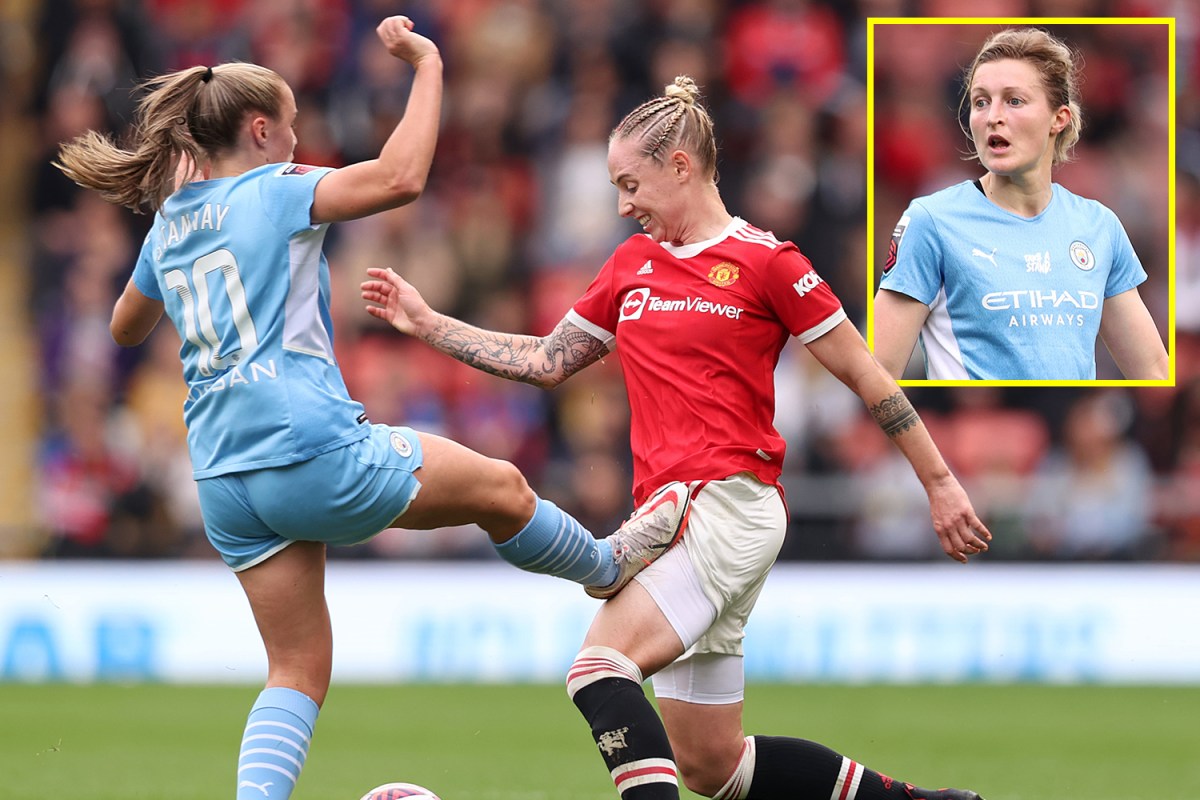 Manchester rivals City and United played out a thrilling 2-2 draw in their WSL derby on Saturday.

England star Ellen White snatched a draw for City in a frantic end to the game which saw three goals in seven minutes.

A dramatic match sparked into life when Man City’s Georgia Stanway was sent off for a shocking tackle on Leah Galton.

Stanway horribly mistimed a genuine attempt to win the ball and planted her studs into Galton’s thigh, resulting in a straight red card.

City held onto the lead for 34 minutes, until an equaliser from United’s Lucy Staniforth in the 72nd minute.

Moments later, the Red Devils were in front when Alessia Russo scored, giving fans hope of their first ever Manchester derby triumph.

However, those dreams were dashed by White, who ensured City escaped with a point thanks to a 79th-minute tap-in.