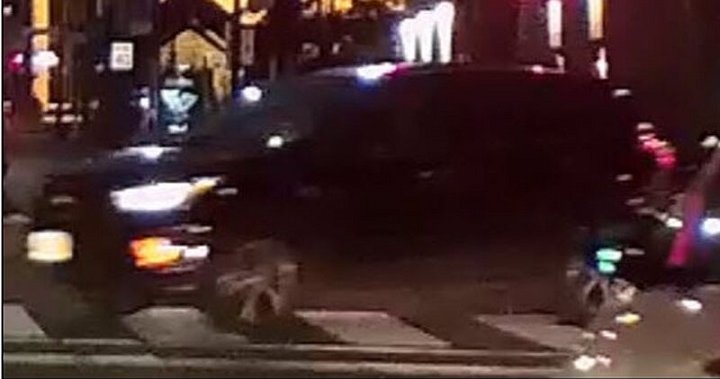 Toronto Police have released an image Saturday of the vehicle involved in a hit-and-run in downtown Toronto Friday night.

According to a statement issued by the service, police were called to reports of a pedestrian struck by a vehicle in the area of Wellington Street West and University Avenue shortly after 7 p.m.

Investigators said the driver made a left turn onto southbound University Avenue when it struck a 36-year-old woman. She was transported to hospital with serious injuries.

The driver did not remain on scene. The vehicle was last seen heading south on University Avenue.

The vehicle is described as a black or dark blue four-door SUV.

Traffic services investigators were called in to probe the circumstances leading up to the collision.