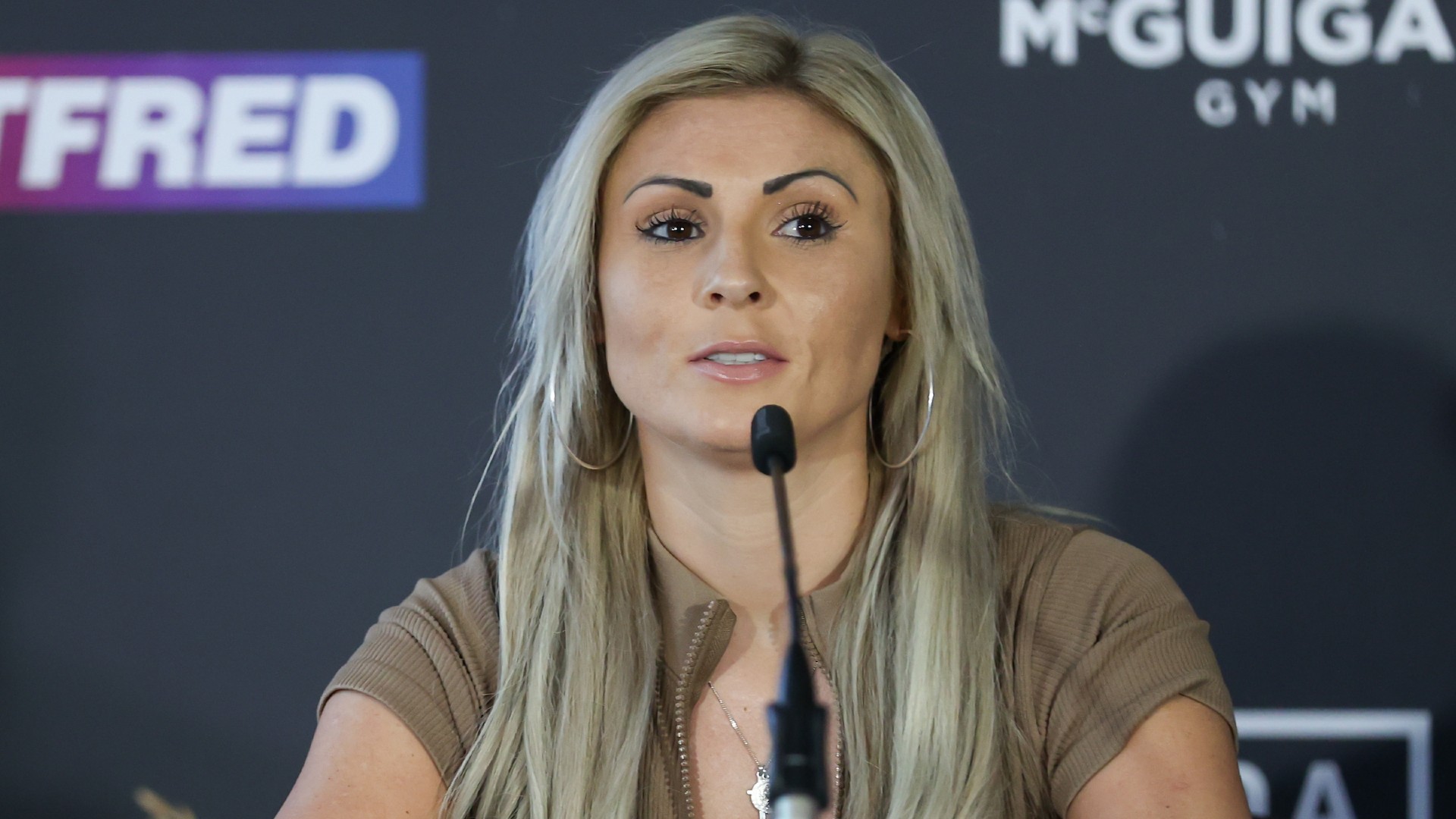 Shannon Courtenay was set to defend her WBA bantamweight title Saturday night against Jamie Mitchell in Liverpool, England, but was instead stripped of her belt before even entering the ring.

The 28-year-old British boxer weighed in at 120.5 pounds Friday — 2.5 pounds over the limit. Although she was given a two-hour window by the WBA to try to lose the weight, Matchroom promoter Eddie Hearn announced she would not make the attempt, forcing her to vacate the title at the scale.

Courtenay has missed weight in the past, but this time her reasoning was an uncomfortably personal one: she got her period.

MORE: Courtenay on how a loss made her a champion

In an Instagram post, Courtenay wrote “we was on weight & ready to go yesterday & then last night unexpectedly my menstrual cycle started which for obvious reasons makes woman gain weight.”

As if getting stripped of her title wasn’t bad enough, Courtenay now finds herself in a very awkward, yet honest and real, position that many women, boxer or not, often struggle with.

“Obviously, I’m devastated, but it physically couldn’t be helped,” she said.

Following the weigh-in, Courtenay spoke with Sporting News about her situation and opened up about her personal health concerns regarding her fertility.

“The worst thing is — I shouldn’t even be opening up about this but I am because I’m a real person,” she said. “I’m a real woman, so I might as well talk about it.”

Courtenay revealed that she had not had a menstrual cycle for over three years and decided to meet with a specialist over the summer to try to get back on track.

“I was scared that I would retire and then never have children,” she said.

“I am in physical, fantastic condition and if I had tried to get off the extra 2.5 pounds . . . I would have made myself ill,” she added. “Sometimes you just have to kind of take a step back and realize your health is more important.”

Courtenay will have to win Saturday night for a chance at regaining the title she won in April by defeating Ebanie Bridges via unanimous decision.

“I’ll get my world title back. I’ll win tomorrow night and I’ll fight for the vacant belt straight after,” she said. “I’ll just be a two-time world champion.”

MORE: Why did Manny Pacquiao retire?

Mitchell, a 36-year-old Californian, will still have the opportunity to claim the WBA title.

Courtenay vs. Mitchell will be on the undercard of the super welterweight clash between Liam Smith and Anthony Fowler, exclusively on DAZN.