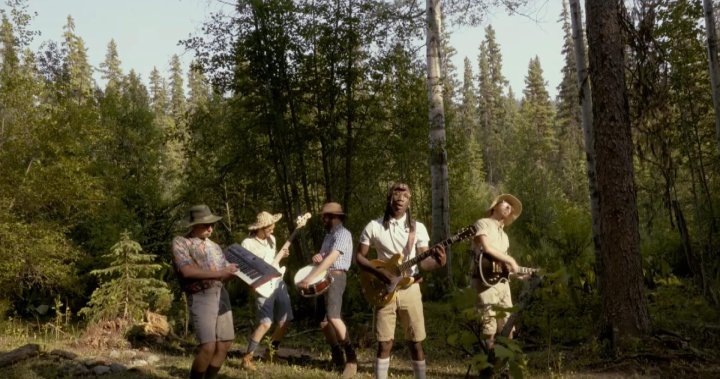 Kelowna band Post Modern Connection is cranking out hit after hit, leading up to the release of their debut EP, Clustered Umbrella.

The indie dream band defies genres, pulling inspiration from doo-wop, R&B, Math Rock and any others with a good beat.

In their single, Folie a Deux, released in August, the lyrics swim through dreamy indie riffs of self-discovery.

“Sometimes you aren’t really in the best place for you or are you aren’t doing the best things for you, that’s kind of what Folie a Deux is about,” said Tega Ovie, vocals and guitar.

Single, Into the Dark, released in September, wades through the emotions of someone being caught in a codependent relationship.

“The song is kind of about difficult relationships, where they are not good for you but you are much more comfortable staying than being outside [of it],” said Ovie.

The music video for Into the Dark teases their upcoming EP by showing the band in the studio recording during the pandemic.

“Honestly, the fact that we were there having fun with the band and just kind of putting our creativity onto a record, it kind of helped us ignore the aspect of [the pandemic],” said Georges Nasrallah, guitar.

The five-song EP drops on Oct. 14. For more information about the band, visit www.pmcband.ca