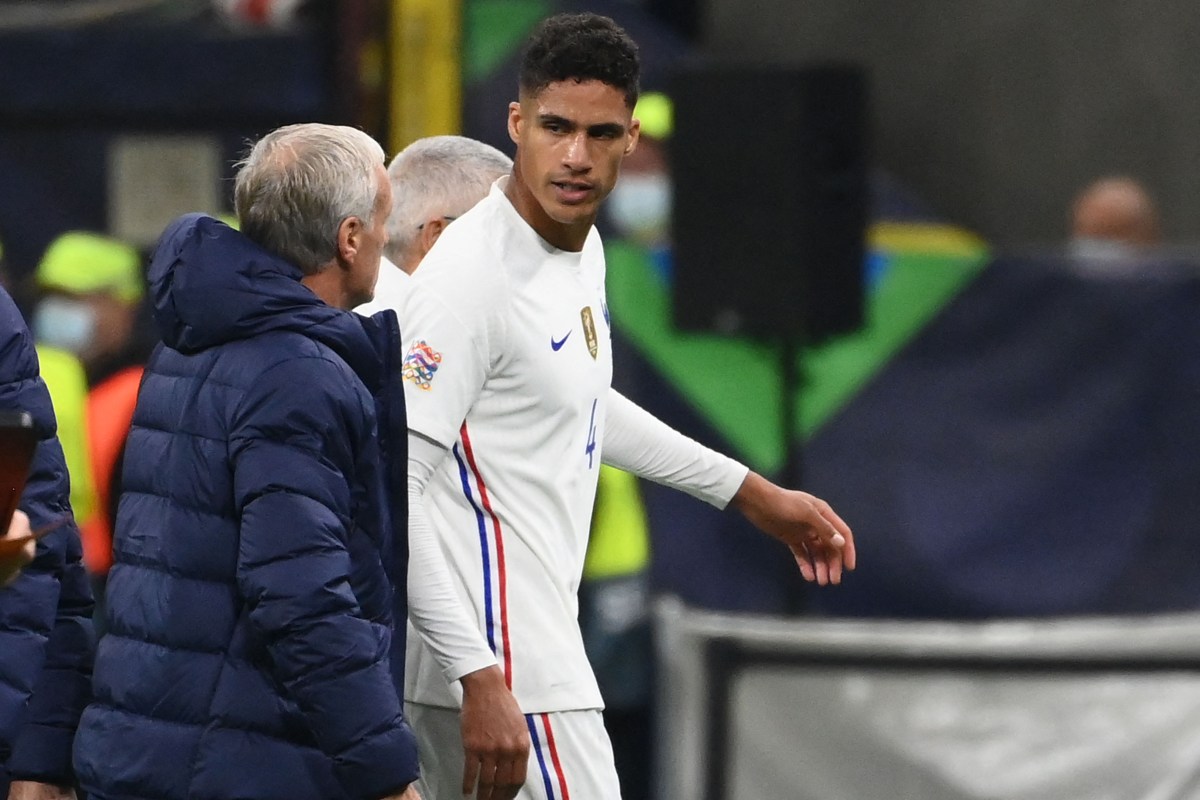 Manchester United have been dealt a possible injury blow with Raphael Varane limping off for France in their UEFA Nations League final clash against Spain.

Varane, who joined the Red Devils from Real Madrid for £34million, was substituted shortly before half-time after picking up an injury with no-one near him.

United resume their Premier League campaign with a trip to Leicester next Saturday.

The severity of Varane’s injury is not yet known but Victor Lindelof is likely to slot in with Harry Maguire if it’s worst than expected.

Nevertheless, Ole Gunnar Solskjaer was handed a boost earlier this week as Marcus Rashford scored twice in a behind-closed-doors friendly between United and Blackburn Rovers.

The England international has not played competitively since missing his penalty for Three Lions in the final of the European Championship against Italy in July because of a shoulder problem.

He hinted could return for the clash against Leicester at the King Power after the international break.

I feel ready to be back on the pitch. So yes, I‘m just looking forward to the next slot of games – it’s a busy schedule.”