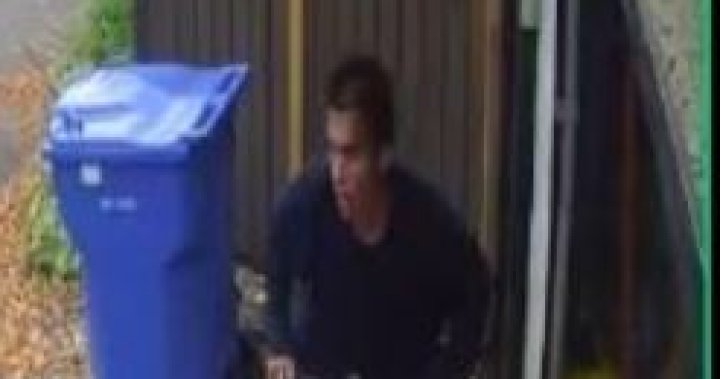 Regina police are asking for the public’s help locating a suspect who is believed to be involved in three separate home invasion attempts.

In the first call, police were called to a break and enter in progress in the 3600 block of Grassick Avenue. It was reported a man had knocked on a woman’s back door asking her to call 911 for his grandma.

The woman “suspected something was not right” and tried to close the door but the man forced his way into the resident and allegedly assaulted her.

Police say the woman was able to get out and ran from the house. Police did not locate the suspect.

Two more reports were made in the area around the same time about a suspicious male.

In another call, it was reported a man knocked on the door asking for the woman homeowner to call his grandma for him. He also asked if she was home alone.

The woman closed the door and the man left.

In the third call, a woman was in her garage alone when a suspicious man walked into her garage and approached her. The woman started yelling and the man calmly left on his bike.

Police believe all three incidents are related to the same suspect.

The man is described as thin, in his 20s, approximately five-foot-seven inches to five-foot-nine inches tall. He was wearing a long-sleeved blue shirt, dark pants, and had short dark spiky hair.

1:55
1 dead, 2 in hospital after home invasion in Hamilton