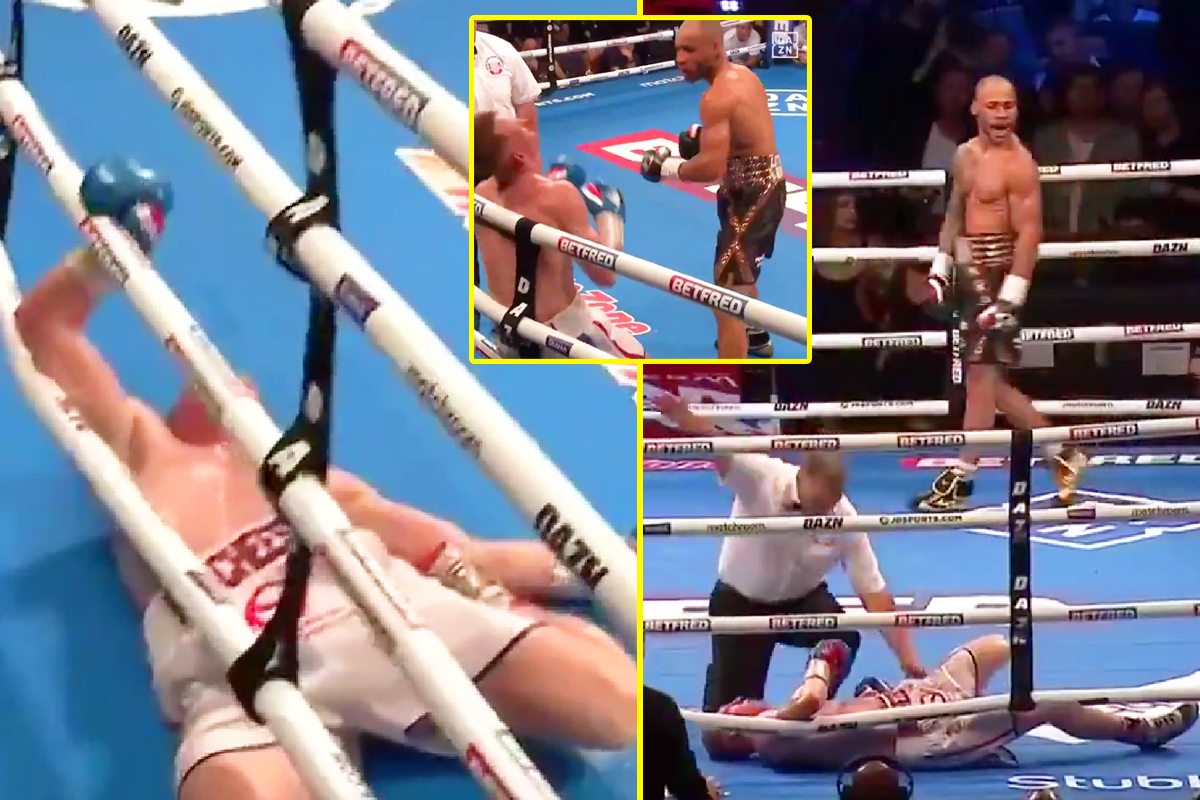 AND THE NEW 🇬🇧👑

WHAT A FIGHT! Troy Williamson stops Ted Cheeseman in the 10th round to claim the British Super-Welterweight Title 👏 pic.twitter.com/42XMafmueI

The fight began in electric fashion with both men swinging from the first bell.

There were a series of momentum shifts as Williamson seized control from Cheeseman early on.

In the middle rounds, it appeared as though Cheeseman was back on top with Williamson badly hurt.

However, it all came crashing down for him in round ten as he took one final barrage of punches, ending with a left hook which left him sprawled on the canvas.

The fight was quickly waved off and Williamson was crowned British super-welterweight champion.

Thankfully, Cheeseman was soon back to his feet.

talkSPORT will bring you live and exclusive radio commentary of Tyson Fury’s heavyweight trilogy fight with Deontay Wilder this Saturday night. Download the talkSPORT app to listen and follow our live blog on the night for the latest updates and reaction.