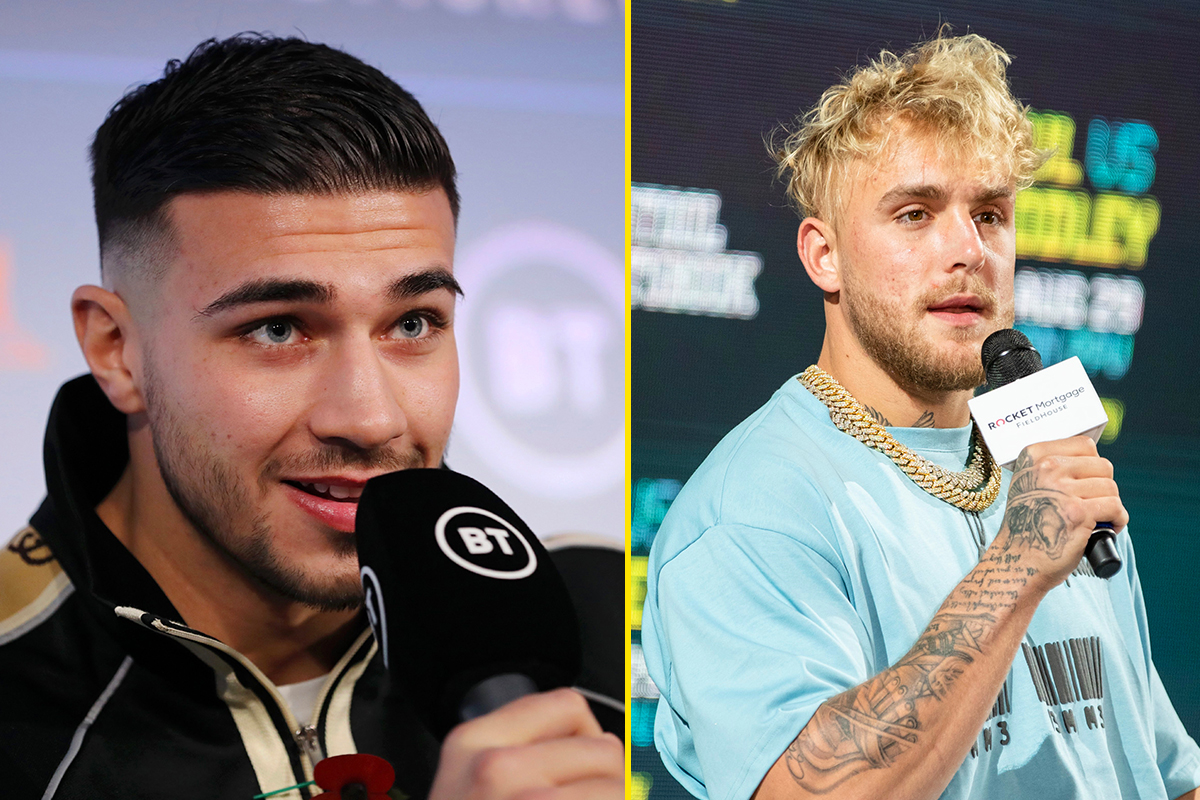 Jake Paul is firmly on the hunt for his next opponent after defeating former UFC champion Tyron Woodley last month.

The controversial YouTuber, aka ‘The Problem Child’ is 4-0 as a pro, and has firmly set his sights on Love Island star Tommy Fury.

Fury formed part of Paul’s undercard as he defeated Anthony Taylor in August before immediately calling out the Youtuber-turned boxing star.

But when could we see the two social media foes face off in the ring together? talkSPORT.com takes a look…

Jake Paul v Tommy Fury: When could it happen?

An official date won’t be confirmed until the fight is announced but fans can hope to see the pair square off in 2022.

Paul sent Fury an ultimatum last month, offering to pay him $1million of his ‘own money’ to make the fight happen.

Fury revealed he’s rejected TWO offers to fight the social media star, saying they ‘weren’t worth getting out of bed for’.

Yet a bout between them now finally looks close after Tommy’s promoter Frank Warren told Fight Hub: “I think it’s very close. I believe there’s a real will to make this happen.”

A bout seems simple enough to book after Fury signed a two-fight deal with US broadcaster Showtime – who inked Paul to their network this year.

Paul had previously been linked with fighting fellow YouTuber KSI after the Brit got the better of his older brother Logan in November 2019.

Jake Paul v Tommy Fury: What has been said?

Tommy Fury: “Things are looking good,” Fury told BT Sport. “I’m going to leave it up to my lawyers.

“I will say that things are looking good, so stay tuned.”

“If he can’t beat Jake Paul, forget about boxing.

“Because he’s got ambitions of being a world champion, never mind beating some YouTube guy…

“Tommy – his name’s Fury. If he can’t beat Jake Paul, I’ll have to change his name.”

Jake Paul: “You know me, I’m a betting man, I like to make bets.

“However, if you lose, you have to change your name for one year to ‘Tommy Fumbles’.