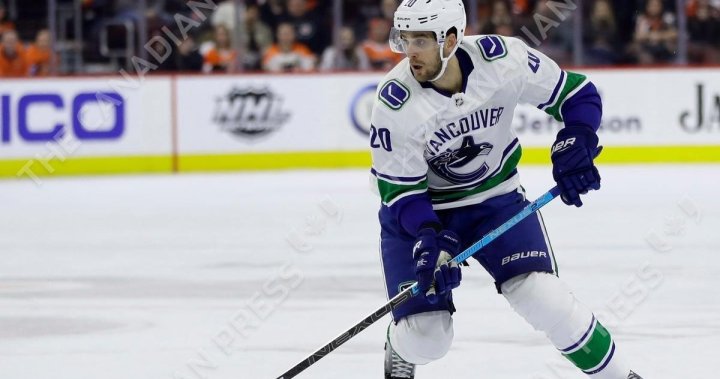 Brandon Sutter of the Vancouver Canucks is out of the lineup “for a while” as he deals with symptoms consistent with long COVID, the team’s general manager said Monday.

“He’s not going to be back any time soon,” Jim Benning said.

The club was hit by a COVID-19 outbreak in late March, with 21 players and four coaching staff testing positive for the virus.

Many experienced symptoms, including extreme fatigue, fever, chills and shortness of breath. Loved ones also fell ill, including wives and children.

“I guess they call it being a long hauler,” Benning said Monday.

“He still has some issues that he’s working through with that. The first step for him is to get feeling better and then once he’s healthy enough and he’s feeling better, then he’ll start working out and get back out on the ice.”

The Canucks kick off their regular season in Edmonton on Wednesday. Their first home at Rogers Arena takes place on Oct. 26.

— With files from The Canadian Press