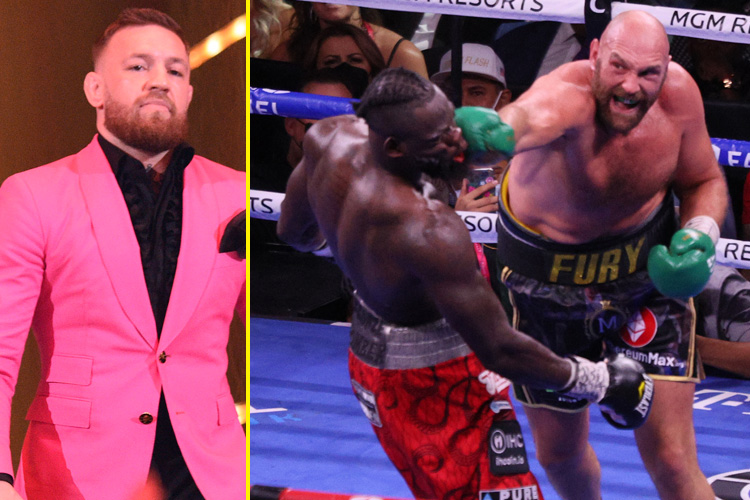 The Gypsy King defended his WBC title for the first time in a fight which saw both men sent to the canvas on multiple occasions in what was an all-time classic at the T-Mobile Arena.

The hype for the showpiece in Las Vegas was justified by the two boxing greats and McGregor tweeted the pair on Sunday afternoon to hail both fighters.

“Me and [wife] Dee are so happy for you and the kids. Congrats Deontay and [fiance] Telli also. Was great meeting you guys recently. A real proud showing that was, and could have went either way. Amazing!

“Happy Sunday now today with the cheddar and the memory’s God bless.”

He added: “Great fight that. Both warriors, both winners. Hard to not be impressed with Deontay there. Against the much larger man and almost got it done. Great fight. 40lb’s in weight difference is A LOT.

“Fair play both men there, very enjoyable fights they have had together. Respect.”

McGregor then took a thinly-veiled swipe at Poirier, who himself has had a trilogy with the American in the Octagon, with the last coming in July where a gruesome leg injury forced the Irishman to withdraw.

“Their skill levels are unique but very close,” McGregor added in a third tweet. “A great heavyweight trilogy that was. I love when it gets set for certain and both have an honorable [sic] showing. Not the fam in the ring fake celebrating after a freak injury etc etc you know the gig, God bless the real in this world.”