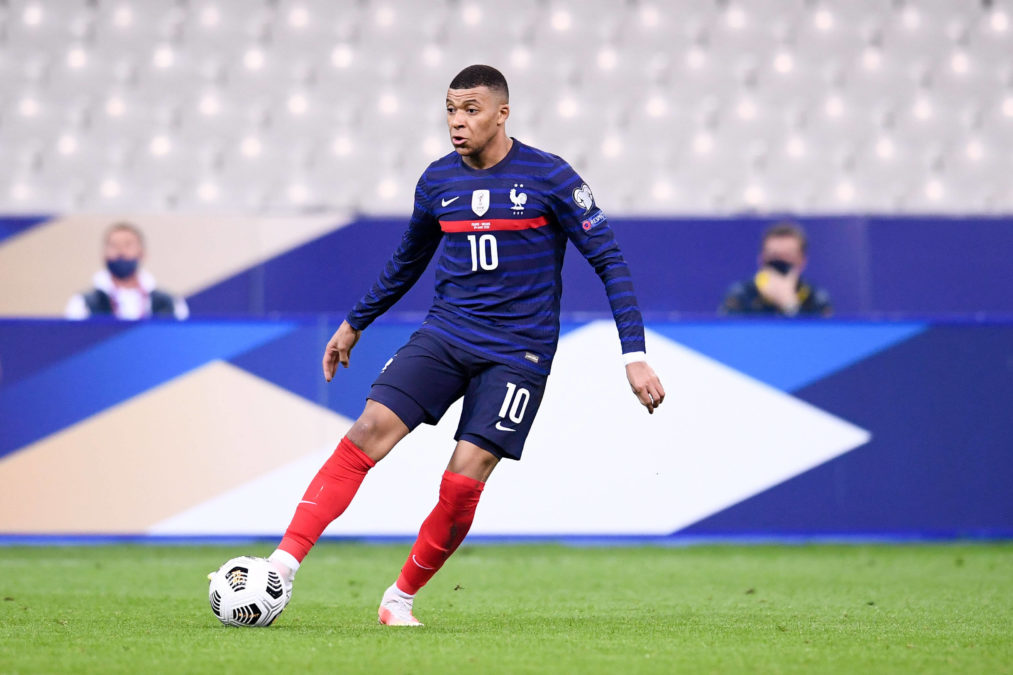 Earlier in the day in the 3rd place play-off, goals from Nicolo Barella and Domenico Berardi (from the penalty spot) saw hosts Italy defeat Belgium at the Allianz Stadium.

Italy’s first chance came in the 3rd minute with Chiesa firing over with Belgium’s first opportunity came 4 minutes later with Batshuayi doing the same following an error in communication between the two Italian centre-backs. Berardi would test Thibault Courtois (pictured below) with a deflected effort from 25 yards which the Belgian number 1 dealt with diving to his left before Saelemaekers hit the post in the 25th minute from Batshuayi’s pull-back to the edge of the area.

Italy would take the lead in the opening minute of the second half as ‘s left-footed corner was headed out for Barella (pictured below) to volley in from the edge of the area, his seventh international goal, before Batshuayi would hit the bar from a tight-angle on the hour mark. Italy would win a penalty in the 63rd minute with Chiesa tripped by Timothy Castagne with Berardi slotting home despite Courtois going the right way.

Alderweireld would force Gianluigi Donnarumma into a save, volleying a half-cleared corner goalwards with 13 minutes to play, before Carrasco would hit the outside of the post from de Bruyne’s pass 5 minutes later. They would score with 4 minutes to play as substitute Charles de Ketelaere finishes between the legs of Donnarumma to score on his competitive debut for the Red Devils.

After a first-half with no goalmouth action, Theo Hernandez would hit the underside of the bar in the 63rd minute before Sergio Busquets’ through ball was smashed across goal by Mikel Oyarzabal into the side netting. France would equalise almost straight away with Karim Benzema (pictured below, right) curling in from the corner of the penalty area from Kylian Mbappe’s (pictured below, left) pass. France would take the lead with 10 minutes to play as Hernandez would play Mbappe through to tuck the ball under Unai Simon.