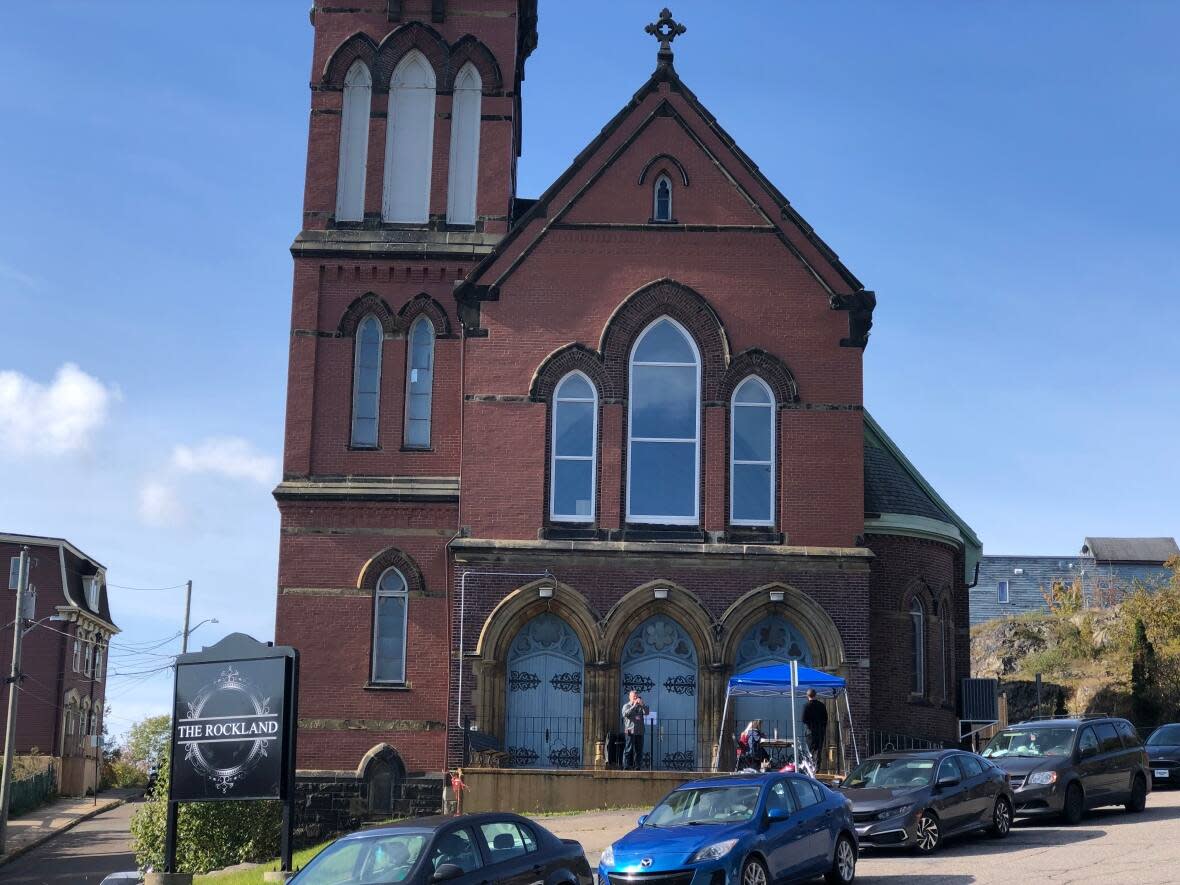 More than 100 people gathered for Sunday morning service at His Tabernacle Family Church in Saint John, where the pastor was ticketed just last week for failing to comply with the province’s emergency orders.

The church appeared to have a tent set up outside to check the names of people arriving. But the vast majority of people entering and exiting the church were not wearing masks or physically distancing.

Two uniformed peace officers were on the scene not long before the service was about to start. They left after speaking to people outside.

Under the province’s emergency order, peace officers can order a premise be vacated and can detain people under certain conditions.

About 90 minutes later, 10 more officers pulled up in five vehicles outside the church. Some tried to enter but were turned away by parishioners at the door.

After that, the peace officers started recording the licence plate numbers of all vehicles parked in the church’s lot. They also filmed people as they left the church.

At one point, one man was taken into one of the peace officer’s vehicles, but was later released.

A journalist from another media outlet asked to be allowed inside the church during the service, but was denied. CBC asked to speak to a representative of the church, but no one was made available.

It’s unclear whether tickets or fines will be issued as a result of Sunday’s service. CBC reached out to the Department of Public Safety for more information.

In an email, a spokesperson said they could “confirm an operation at the location you’ve identified,” but would not discuss details.

On Oct. 6, a ticket was issued to a representative of the church “for failure to comply with provisions of the mandatory order.”

Repeat offences will result in pursuit of escalating sanctions, according to the Department of Justice and Public Safety.

On Oct. 8, Philip James Hutchings, the church’s pastor, signed an order agreeing to “make all reasonable efforts to ensure compliance” and uphold the rules around faith-based gatherings.

Under the province’s emergency orders, churches have two options. They can choose between requiring proof of vaccination or holding services at 50 per cent capacity with distancing, contact tracing lists and no singing. Masks are mandatory with either option.

Churches a source of COVID-19 transmission

Premier Blaine Higgs has said churches have played a role in the growth of cases provincially.

About 10 per cent of a “network” of 700 COVID-19 cases in New Brunswick in September were “related to worship-type events,” said Public Health epidemiologist Mathieu Chalifoux at a COVID-19 briefing last month.

The province reported 73 new cases Sunday and two deaths. New Brunswick has announced 173 cases over the past two days.