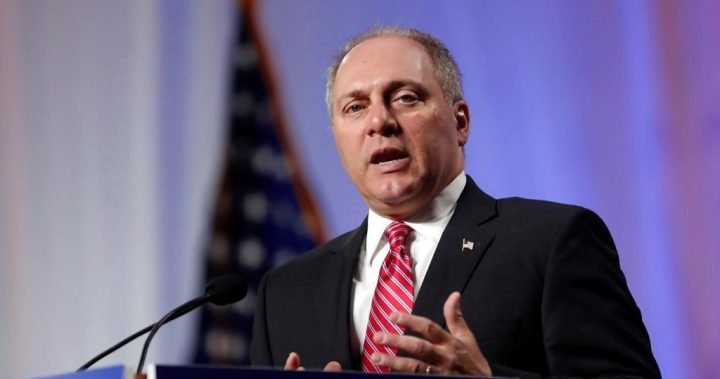 More than 11 months after Americans picked their president and almost nine months since Biden was inaugurated, Scalise was unwilling during a national television interview to acknowledge the legitimacy of the vote, instead sticking to his belief that the election results should not have been certified by Congress.

“I’ve been very clear from the beginning,” he said. “If you look at a number of states, they didn’t follow their state-passed laws that govern the election for president. That is what the United States Constitution says. They don’t say the states determine what the rules are. They say the state legislatures determine the rules,” the Louisiana congressman said on “Fox News Sunday.”

Pressed by moderator Chris Wallace on whether the election went beyond a few irregularities to be considered “stolen,” Scalise responded: “It’s not just irregularities. It’s states that did not follow the laws set which the Constitution says they’re supposed to follow.”

Trump left office in January a few weeks after a mob of his supporters stormed the Capitol in a violent riot in an attempt to prevent Congress from formally declaring Biden the winner.

As Trump mulls a 2024 presidential bid, he has been intensifying efforts to shame _ and potentially remove _ members of his party who are seen as disloyal to his bogus claims that last year’s election was illegitimate. House Republican leader Kevin McCarthy of California, who is vying to become speaker if the GOP takes control after the 2022 midterm election, continues to defend Trump and his false assertions.

At a rally Saturday in Iowa, Trump spent almost 30 minutes arguing falsely that he had won Arizona, Georgia and Pennsylvania. Sen. Charles Grassley, R-Iowa, and Iowa Gov. Kim Reynolds stood by and welcomed his return to their state.

In fact, no election was stolen from Trump. His former attorney general, William Barr, found no evidence of widespread election corruption. Allegations of massive voting fraud also have been dismissed by a succession of judges and refuted by state election officials and an arm of the Homeland Security Department during the Trump administration.

Scalise on Sunday appeared to be referring to the legal argument, made in several lawsuits backed by Trump before and after last November’s election, that the Constitution gives the power of election administration exclusively to state lawmakers. The suits sought to invalidate a number of pandemic-era accommodations including expanded mail voting that were put in place by governors, state election officials and judges.

The high court ultimately turned away the cases, declining to rule on the matter. There’s no indication in any of the suits that changing the COVID-19 accommodations would have altered a state’s election results.

“Millions of Americans have been sold a fraud that the election was stolen,” Cheney tweeted. “Republicans have a duty to tell the American people that this is not true. Perpetuating the Big Lie is an attack on the core of our constitutional republic.”