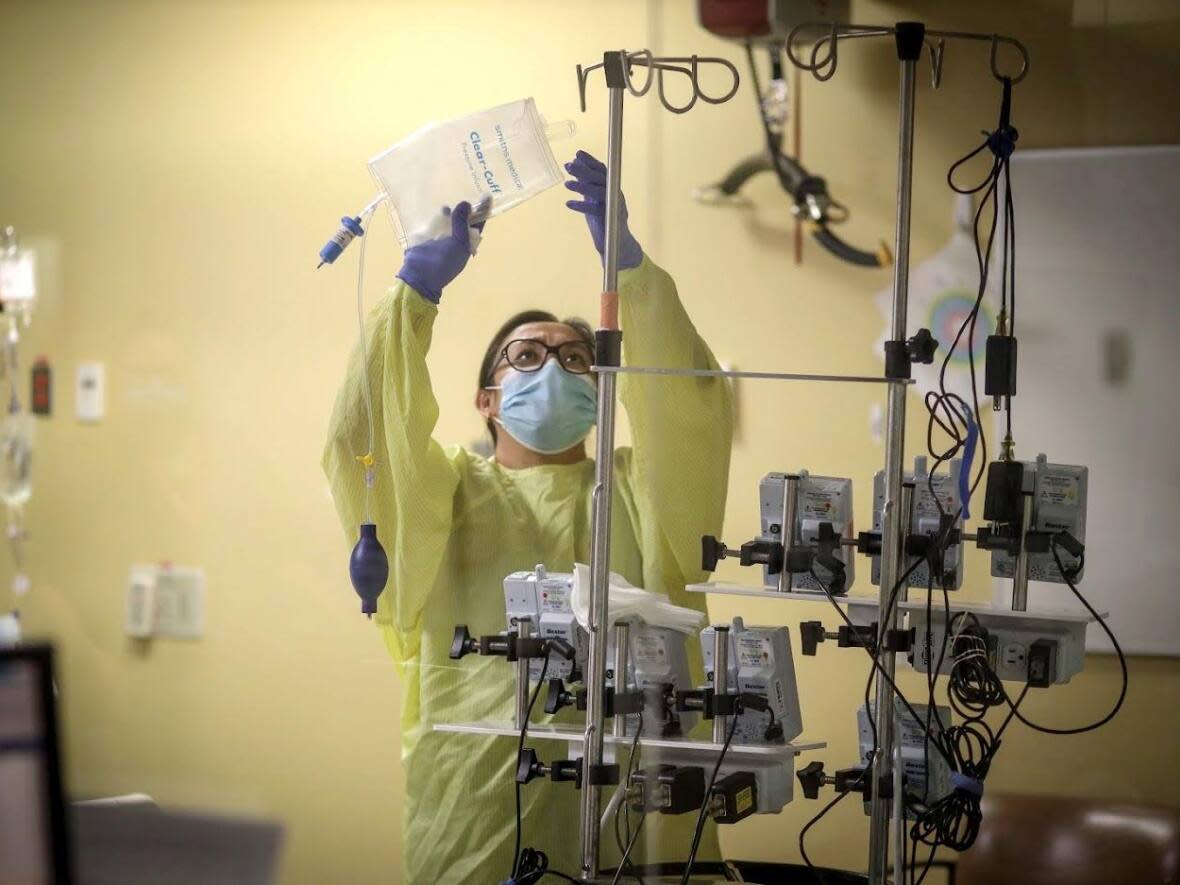 Alberta’s gathering restrictions include an indoor cap of two households to a maximum of 10 vaccinated adults and no restrictions on kids under 12. Unvaccinated, vaccine-eligible people are not allowed to gather indoors.

Outdoor private social gatherings are limited to a maximum of 20 people with two metres of physical distance maintained between households at all times.

“If we don’t follow the rules, things will get substantially worse. We’ll lose Christmas over this,” Dr. Darren Markland, an intensive care physician in Edmonton, said.

“Every wave, it crushes our resources. And I mean, we’ve already employed the military, we don’t have any other reserves for the fifth wave.”

According to the latest COVID-19 numbers, there are 17,839 active cases in Alberta, with 1,101 in hospital and 250 people in intensive care. The numbers are up to date as of Thursday, end-of-day.

Military nurses have arrived at the Royal Alexandra in Edmonton to help abate the pressure. Eight critical care nursing officers deployed from Ontario and Nova Scotia are working at the downtown hospital, which Markland said was a welcome sight, but is a drop in the bucket compared to the effect of the “bad policy” decisions the province has made.

Denise Walker spent Thanksgiving Monday outside at Hawrelak Park with her family. She said there were five households in attendance.

Walker’s gathering was within guidelines, and her and her family did the same type of gathering last year.

“We don’t feel comfortable being all in the same households right now, like indoors, even though all of us are vaccinated,” Walker said.

“My grandma is quite elderly and a couple of us have gotten just colds over the last little while. Everybody here who’s here today hasn’t been sick recently.”

Walker works at ambulance dispatch, and said she hopes people are making smart choices this year.

“It definitely affects me in my work and I definitely see the results of when people do get together in large groups over weekends like this,” she said.

“I’m hoping that perhaps maybe people can make some different choices than have been made in the past and that the numbers do indeed plateau or continue to go down.”

Heather Smith, president of United Nurses of Alberta, echoed Walker in saying that Albertans need to follow rules so as to not overwhelm the health system.

“We have reached a tipping point in terms of what can be reasonably expected of not just nurses, but health care providers. In fact, I think we’ve passed that a long time ago here in the province,” Smith said.

Smith said it was hard to imagine what a post-Thanksgiving spike in serious cases would mean.

Markland agreed. He said the fear of being overwhelmed has abated for now. But last Thanksgiving kicked off another wave of COVID in the province.

“We are running four separate units right now with four different intensive care physicians and a fifth who goes around the hospital putting out fires. So the high water mark has been set, but we’re still treading desperately,” Markland said.