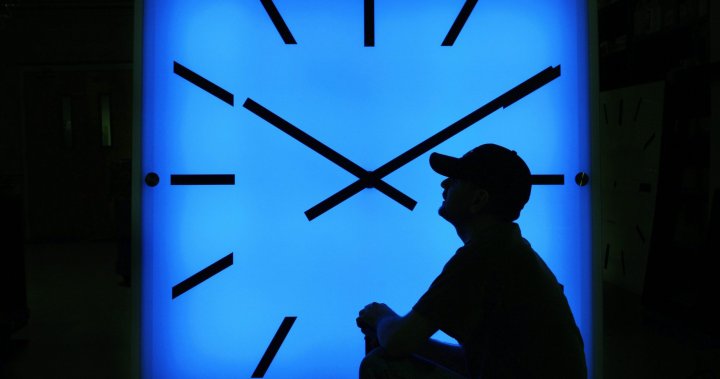 Municipal elections in Alberta are one week away, and one of the most impactful questions on the ballot is about time change.

There is a referendum question that could affect everyone, and a yes-or-no vote might be too simple for what is at stake.

The question is: “Do you want Alberta to adopt year-round Daylight Saving Time?” — eliminating the need to change our clocks twice a year.

Read more:
Albertans to vote on daylight saving time, equalization in the fall; pension and police to be further studied

If you vote yes to the Daylight Saving Time referendum question, that means the sun would rise at 9:27 a.m. and set at 5:18 p.m. It would mean permanently changing to summer hours and no longer turning clocks forward in March and backward in November.

A no vote means you support continuing the current practice of turning clocks forward in March and backward in November, according to Elections Alberta.

University of Alberta associate psychology professor Dr. Kyle Mathewson thinks the ballot question is too general for people to know exactly what they’re voting for and what it will actually look like.

“A third option might have been a better ballot question or listening to health researchers and having the option to pick the permanent winter hours instead of the permanent summer hours.”

There are also several physical and mental health effects from less daylight, according to Mathewson.

“Two hours of darkness at the start of your day, your physiology doesn’t catch up to the day in time, so your body will be tired, you’ll be tired on the way to work, you won’t be hungry in time to eat breakfast before work.”

READ MORE: On the ballot: Should Albertans do away with changing clocks twice a year?

Many going to the polls have said the biggest issue with DST is having to change your clock and potentially lose sleep. But some voters are still unsure about what exactly the referendum question means.

“I just had to look it up to find out,” Ashley Letcher, a voter in Edmonton, said. “I think we need more information to be able to make that decision.”

Read more:
Edmonton election 2021: How to vote and what to expect on the ballot

“It really doesn’t have any impact one way or another. I think it should be not a public decision but an expert decision,” Epp said.

If the majority vote yes on the time change referendum question on Oct. 18, that change would happen after the fall of 2022.

According to the province, the vote “will be binding” and “all decisions taken will balance the will of Albertans.”