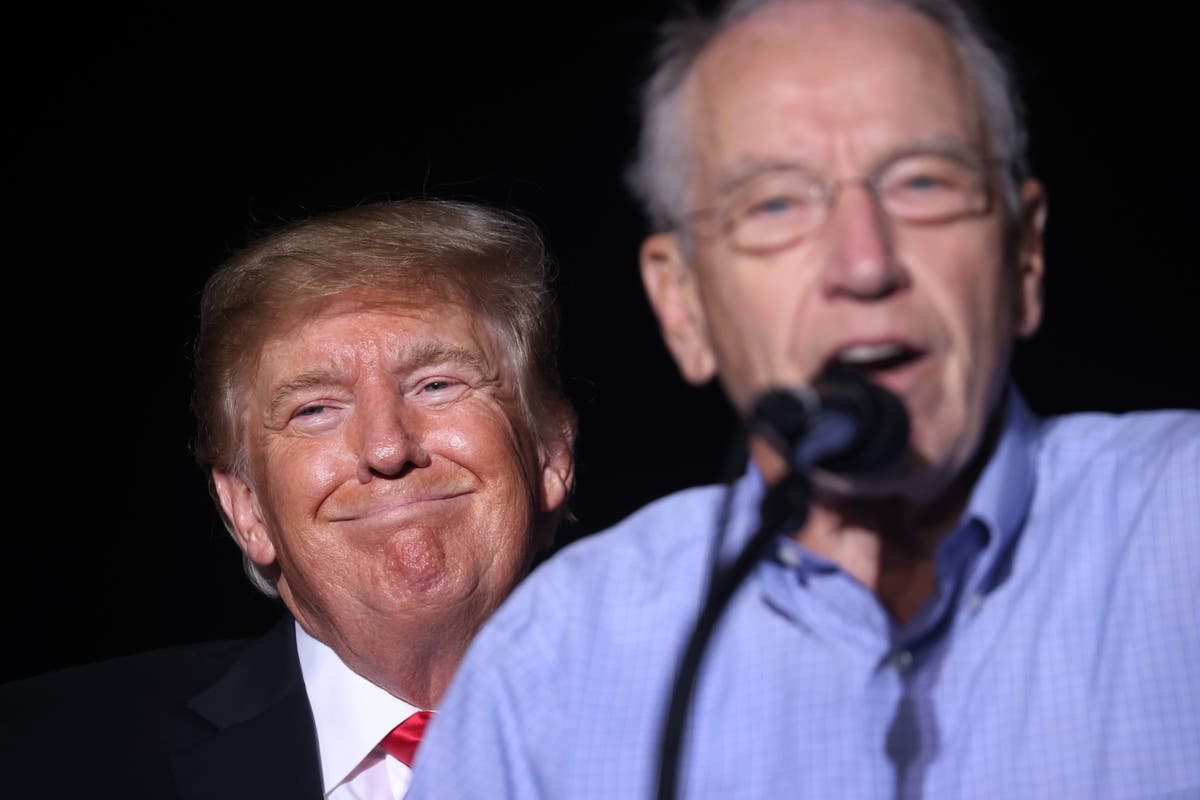 Last week, after the Senate averted an entirely Republican-inflicted crisis about the debt ceiling, Sen Joe Manchin, whose very utterances are edict in a 50-50 Senate, again scoffed at the idea of creating a special carve-out on the filibuster for the debt ceiling.

“The filibuster thread we have to keep democracy alive in America,” Manchin told reporters after a late Thursday night. “If we didn’t have the filibuster to where it can keep us coming back to civility from time to time, then you would see total chaos.”

Manchin’s words came after no Republicans voted to lift the debt limit, which came only after 11 Republicans voted to invoke cloture after President Joe Biden and other Democrats entertained changes to the rule. The Democrat from West Virginia, along with fellow conservative Democrat Sen Kyrsten Sinema of Arizona, has insisted that he would not get rid of the tactic that allows members of the Senate to require 60 Senators to vote on legislation. He also opposes the For the People Act, Democrats’ plan to reform elections, saying he believes “partisan voting legislation will destroy the already weakening binds of our democracy.” Meanwhile, his own efforts on voting rights have so far come up short.

I couldn’t shake Manchin’s words as I sat in the press booth in Des Moines, Iowa two days later as Donald Trump unleashed his sound and fury, accompanied by most of the Hawkeye State’s Republican establishment, about how the election was rigged. Between his usual bile of mistruths, half-truths and virulent racism, he hinted at potentially running again in 2024, teasing a new spin on the MAGA Mantra: “Make America Great Again, Again.” All of this made fears about the debt ceiling, Democrats’ hand-wringing about infrastructure, Republicans’ crowing about Chuck Schumer saying mean words about them seem infinitesimal.

Even more alarming, Trump’s airing of grievances was done with the tacit endorsement of other Republicans. Chuck Grassley, the longest-serving Republican who recently announced he will run for an eighth term, stood beside the former president to proudly accept his endorsement. Gov Kim Reynolds, Iowa GOP Chairman Jeff Kauffman, Reps Ashley Hinson and Mariannette Miller-Meeks all spoke at the rally.

In the days after the insurrection, Hinson said Trump “bears responsibility” despite ultimately voting against his impeachment. The same goes for Grassley, who said “The reality is, he lost,” before standing side-by-side Trump and receiving his endorsement, as Politico noted. But nothing erases the memory of people yelling “Hang Mike Pence” and trying to overturn an election quicker than needing to be reelected largely under the banner of “America First Republicans,” as Trump called them in Des Moines.

Just like Manchin and Sinema on the Democratic side, Republicans are whistling past the graveyard, acting as if everything is fine and normal as if Trump hasn’t completely co-opted their party and that fealty to Trump and at least tacit acceptance of the Big Lie is now a central tenet of what it means to be a Republican.

Meanwhile, Iowa’s GOP is planning a hostile takeover of the state’s congressional delegation. Not satisfied with holding both Senate races (the state’s junior Sen Joni Ernst won reelection decisively in 2020), and three of the state’s House seats the Republican majority in the state legislature is now trying to win all. Last week, the Republican majority in the Senate voted to reject the first map drawn by the nonpartisan redistricting board. This means the Legislative Services Agency will have to go literally back to the drawing board and create a new map in 35 days for the legislature to vote on again. If the legislature rejects them again, it will allow for partisan amendments.

This may all sound incredibly arcane. But consider the fact that Democrats currently only have a 220-seat majority and Republicans only need eight seats to win in 2022, let alone if Republicans gain seats in 2024, as they did in 2020, despite Joe Biden winning the presidency and Democrats gaining the Senate. If Trump runs again and attempts to declare victory against Joe Biden or Kamala Harris or any other Democrat even if he lost, he could have a ready and willing army of Republicans who will object to the election.

Earlier this year, a full 139 Republicans in the House voted to object, but that number is likely to mushroom as more Republicans don the red hat. As Trump continues to endorse multiple primary challengers to Republicans he perceives as his enemies or drives others toward retirement, every House member counts.

Texas, North Carolina and Florida, all of which have Republican-controlled state legislatures, will all gain seats, among others, and furthermore, because of the Supreme Court’s decision in 2013 that weakened the Voting Rights Act, they won’t have to seek pre-clearance (Texas was covered as a whole while multiple counties in Florida and North Carolina were covered under the Voting Rights Act). That means these state legislatures have fewer barriers, which gives Republicans an even further advantage.

Meanwhile, all the remedies are essentially nonstarters in Washington. The For the People Act would require states to set up nonpartisan redistricting commissions (though as Iowa shows, such practices aren’t without their pitfalls), but as long as Manchin objects to both eliminating the filibuster and opposes the bill, it’s dead in the water.

Similarly, the filibuster likely precludes any changes to the Voting Rights Act, which would protect against racial discrimination in redistricting. Manchin also effectively took a shotgun to the idea of statehood for Washington, DC, which has a bigger population than Wyoming, despite the fact it could serve as a bulwark in both the Senate and the House (the question of whether Puerto Rico should be a state or independent is a question for another day).

All this is to say the United States is slowly headed off a cliff that combines a demagogic candidate with little regard for democratic institutions, and the people within his party who are meant to preserve safeguards themselves but are all too willing to become his footsoldiers. How then, can a filibuster “keep us coming back to civility from time to time” when one party has outright rejected democracy as a concept?

Yet, all the while, it seems like Republicans and Democrats are unwilling to address the looming crisis. Instead, Republicans would rather play brinksmanship on the debt ceiling, creating manufactured crises, while Democrats, resigned to the fact there will be almost no progress on election reforms or voting rights, are content to bicker about whether to spend $1.5 trillion or $2 trillion on social welfare, all the while feeling really guilty about doing so.

This isn’t to say legitimate problems, such as the lag in the economy, recovering from the Covid-19 pandemic, climate change, a lack of caregiving and access to health care are not legitimate crises. But the ability to confront them is rendered moot if the vehicles for governing are hijacked, the foot is entirely on the gas and the brakes have been cut. All the while, Washington keeps missing the offramps while driving straight over a cliff and all the doors are locked.