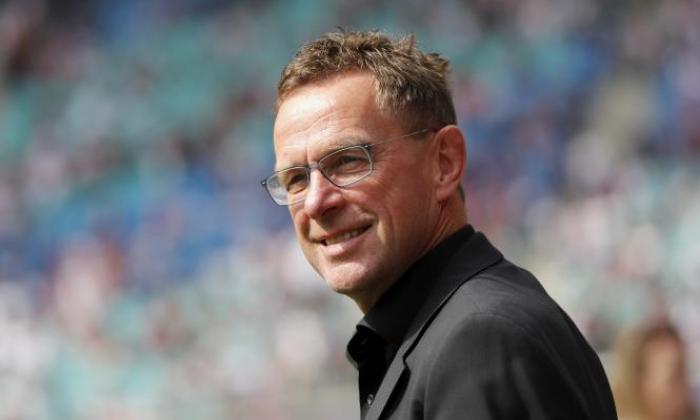 Ralf Rangnick’s stamp on modern football is clear to see.

The likes of Jurgen Klopp, Ralph Hasenhuttl and Thomas Tuchel are all advocates of the pressing style of football he brought to the forefront of the German game over 20 years ago.

And now Rangnick could be set to follow his former protegees to England and finally feature in the Premier League at the third time of asking.

Newcastle are on the hunt for a new sporting director after the Magpies’ £300million takeover was finally completed.

Rangnick, who is currently the head of sports and development at Russian side Lokomotiv Moscow, is said to be the number one choice.

The German, who has also been sporting director at both RB Leipzig and Red Bull Salzburg, had been a target for Manchester United in 2019.

Ragnick was also considered by Chelsea after they dismissed Frank Lampard in January this year, but he spurned the club’s advances.

The 63-year-old held talks with Blues chiefs Marina Granovskaia and Petr Cech, but was only offered a contract until the end of the season.

He told The Times: “I said, ‘I would love to come and work with you, but I cannot do it for four months. I am not an interim coach’.

“To the media and players you would be the ‘four-month manager’, a lame duck, from day one.”

Chelsea ended up appointing Rangnick’s fellow countryman Tuchel, who led the club to only their second ever Champions League title within months.

Rangnick added: “Thomas became a coach through me. He was my player at Ulm and had to finish his career because of knee problems.

“I gave him a job as our Under-15 coach. He didn’t even intend being a coach, he was working at a bar in Stuttgart.”

Rangnick’s rise to one of football’s most respected minds is a far cry from the derision he received when he first debuted his philosophy.

In 1998, the-then coach of second-division side Ulm presented his tactical approach on German TV and earned the the moniker of ‘football professor’.

The nickname soon turned from mockery to acclaim as gegenpressing transformed Bundesliga football and later much of Europe.

The task of waking sleeping giants Newcastle would likely be one that Rangnick would relish based on the career he has carved out since he hung up his boots at age 25.

He had already guided Schalke to the Champions League when he was lured to then third-tier Hoffenheim in 2006.

Rangnick steered Die Kraichgauer back to the Bundesliga after successive promotions before he joined the Red Bull team.

The former midfielder became the sporting director of both Leipzig and their sister club Salzburg and oversaw the former’s rise from existence to the Champions League in just eight years.

Alongside his innovative ideas on the pitch, Rangnick also concocted a unique method of punishing his players who stepped out of line.

Instead of fines, Leipzig installed a ‘wheel of misfortune’ that ranged from delivering stadium tours to serving dinner or wearing a tutu for training.

“Fines rarely do anything,” Ragnick told Bild. “It hurts the players more, for example, if they have less free time — like three hours of work in the fan shop.”

His ideas even caught England’s notice who approached him in 2016, but the FA appointed Sam Allardyce, who left after just 67 days in charge.

Ragnick declined an offer to manage West Brom in 2012 but four years later the technical director who tried to hire him, Dan Ashworth, returned with another proposal: to succeed Roy Hodgson as Three Lions boss.

“The interview went great and the panel was Dan, Martin Glenn and David Gill. In the end, it was between me and Sam Allardyce and they decided on Sam,” Ragnick told The Times.

“Dan called and said, ‘Ralf, you would have been my candidate but the others wanted an English coach as a role model for the next generation. In the end we know how that went.”