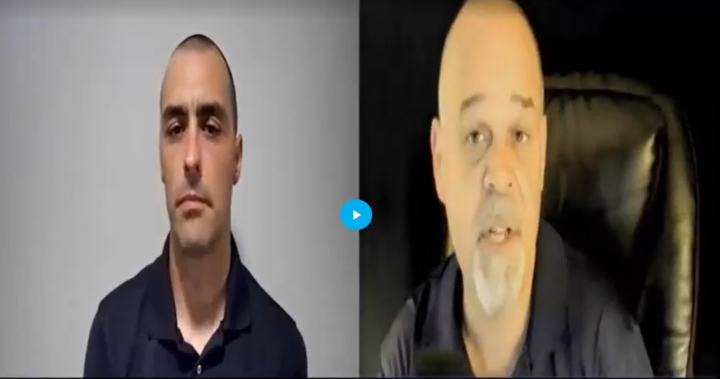 A Prince Edward County OPP officer is facing a charge of discreditable conduct under the Police Services Act due to his alleged refusal to follow COVID-19 protocols earlier this year.

OPP spokesperson Bill Dickson confirms Const. Gabriel Proulx “is currently before the police tribunal for allegations of misconduct,” with his next appearance set for Wednesday.

Dickson says due to the status of the police disciplinary hearing, he cannot make any further comment.

But, recently, Proulx has taken part in several online interviews, explaining the circumstances of his charges and his views about certain public health measures brought in to combat COVID-19, posted to a website called “A Warrior Calls.”

This website is run by Christopher James, who says he works to fight COVID-19 regulations based off of Common Law and the Ten Commandments from the Bible. Some documents shared on the site say that James is acting as Proulx’s counsel, but last year, he was labeled as an “unauthorized practitioner” of law in British Columbia. Global News has not been able to reach either James or Proulx for this story.

In one video interview with James posted Sept. 13, Proulx explains the circumstances of the charge against him.

Proulx says he heard rumblings of parks being off-limits on April 16, 2021, due to possible spread of COVID-19, but then says he wasn’t clear about the regulation.

The next day, he says he went to a local park with a group of other parents and their children. He says a city worker came to the park to ask them to leave, but the group refused.

Proulx says that the group then refused to leave the park when two local police officers arrived.

James’ website posted what appears to be internal OPP documents, detailing the events that led to Proulx’s discreditable conduct charge, stemming from an incident in Belleville’s West Zwick’s Park on April 17, 2021.

A second OPP officer, Elijah McCaughen, is also named in the documents. They say he was charged with discreditable conduct as well due to his refusal to leave Zwick’s Park. McCaughen refused to comment for this story.

These same documents make reference to a video posted to YouTube on April 21, showing two police officers getting into a verbal altercation with several people who cannot be seen on camera about allegedly trespassing in a park. This same video is referenced and played midway through James’ interview with Proulx.

The documents outlining Proulx’s charges directly attribute some of what is said in the video to him, including identifying himself as a police officer.

He is quoted as saying the following to the two officers:

“We pay taxes every year. Kids want to play, I think it’s going to happen.”

The altercation continued for about 10 minutes before the on-duty police officers eventually left. Belleville police said Tuesday that they did not lay any charges in this incident.

Also posted to James’ website is a video of Proulx appearing on a United States-based show named Revolution Radio and run by Scott McKay, who calls himself a “Patriot Streetfighter.” This took place on Sept. 15.

There, Proulx once again tells his story about his refusal to leave the park and calls the COVID-19 narrative “all lies.”

He then warns that local police who are made to enforce COVID-19 regulations are being put at risk of violence.

“You never know how things can escalate, especially now, people have had it right to here, especially the people who are awake. All this nonsense is just carrying on, and enforcing this, I think you want to go home at night, so you better think twice,” Proulx says.

The host, McKay, then agrees, saying those who want freedom will “inevitably turn against our quote unquote protectors.”

“Freedom isn’t free, somebody has to pay for it, and it’s typically in blood,” McKay said.

According to the documents supposedly from OPP, Proulx expressed similar sentiments to the Belleville police officers trying to clear the park on April 17.

He is quoted as saying:

“Whoever was part of all this nonsense, you are the little ones at the bottom being told from the one at the top to enforce this. You are the one that is going to be in shit, not Doug Ford, it’s you.”

He is also accused of saying:

The documents then say that Proulx either knew or it should have been reasonable to know that his actions were “disrespectful, unprofessional and in a manner prejudicial to discipline and likely to bring discredit upon the reputation of the OPP of which are a member.”