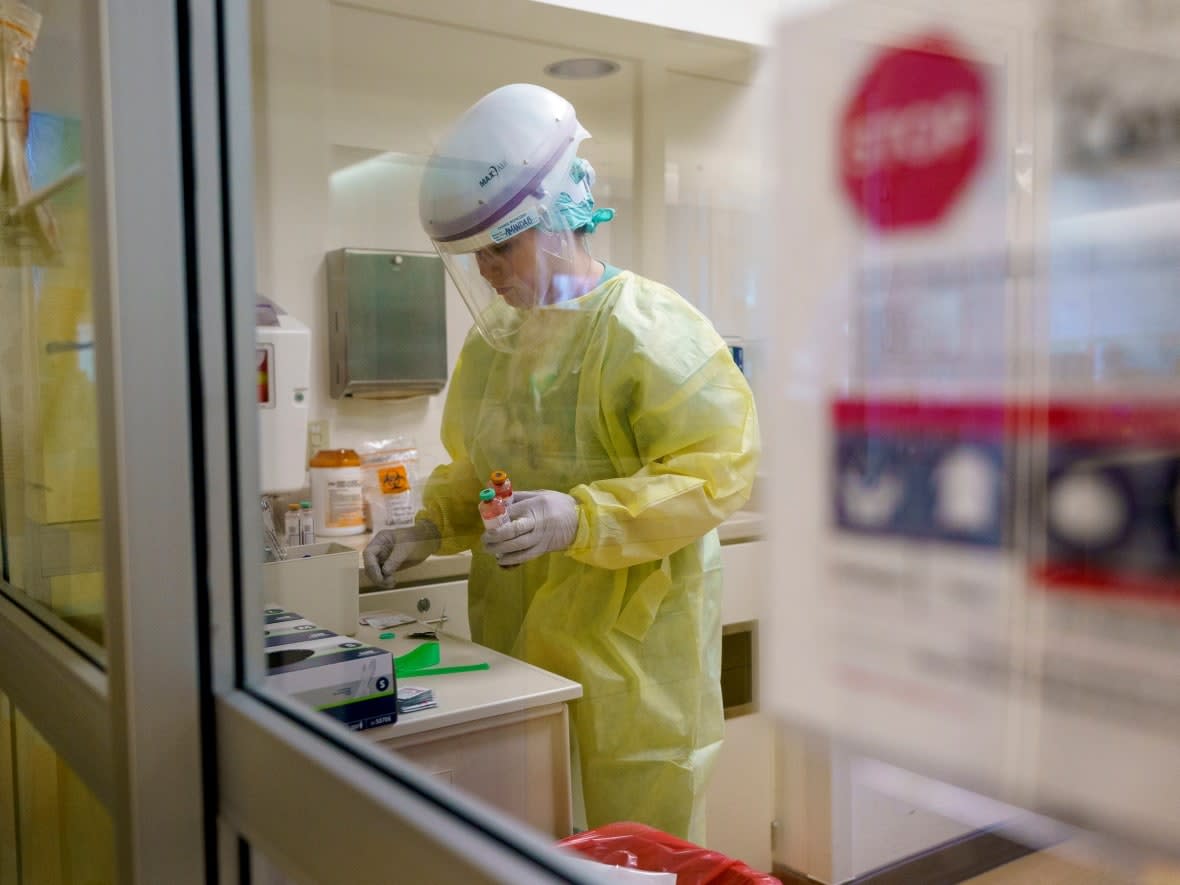 The president of the Quebec Order of Nurses says the order will suspend the licenses of nurses who aren’t adequately vaccinated against COVID-19, according to Radio-Canada.

The decision comes after Health Minister Christian Dubé asked that all professional orders in the health sector suspend the licenses of workers who aren’t immunized.

On Monday, the union representing nurses, the Fédération interprofessionnelle de la santé du Québec (FIQ), said it plans to challenge “any decision that could cause disproportionate harm” to its members in court.

“It is clear to the FIQ that protecting the health and safety of the most vulnerable people and of staff remains the priority,” the federation wrote in a Facebook post.

“On the other hand, the FIQ considers the Ordre des infirmières et infirmiers du Québec’s decision excessive given that frontline health-care professionals who are not adequately vaccinated will already be suspended without pay.”

Quebec’s Collège des médecins already announced it would suspend unvaccinated members’ right to practise in person and remotely, until they received both doses.

The 5,176 nurses whose vaccination status is unclear because of administrative issues will be contacted by Wednesday to sort out their status. Only employees working remotely are exempted from the mandatory vaccination measure.

Suspended nurses can get back their license after providing proof of full vaccination. The order won’t administer exams to reintegrate nurses, even though some may have be inactive for several months.

“We had the choice between limiting or suspending,” Mathieu said. “For clarity and communication purposes, it was simpler to suspend.”

As of Oct. 15, all front-line health workers in Quebec must be fully vaccinated or they will be suspended without pay.

“Suspending or even limiting a member’s license isn’t nothing,” Mathieu said. “We wanted to make sure that before transmitting information to our members and taking an informed position, we had conversations with representatives from the ministry to clarify some things.”

In a tweet, Dubé said he welcomes the decision, adding that it will be impossible to bypass mandatory vaccinations in the health sector come Oct. 15.

“I encourage all nurses who haven’t gotten vaccinated to go now,” he wrote. “It’s never too late.”

Josée Prud’homme, executive director of the order, said she’s in favour of the requirement.

“We have no choice but to apply this decree,” she said. “As we speak, vaccination is the only scientifically proven way to end this pandemic. We can’t help but agree with the measure.”

More than 96 per cent of the 4,000 respiratory therapists working in Quebec are adequately vaccinated.

The vaccination rate is one of the highest in the health-care network, Prud’homme said.

The 150 members of the order who still do not meet the vaccinations requirement will have their licenses suspended.