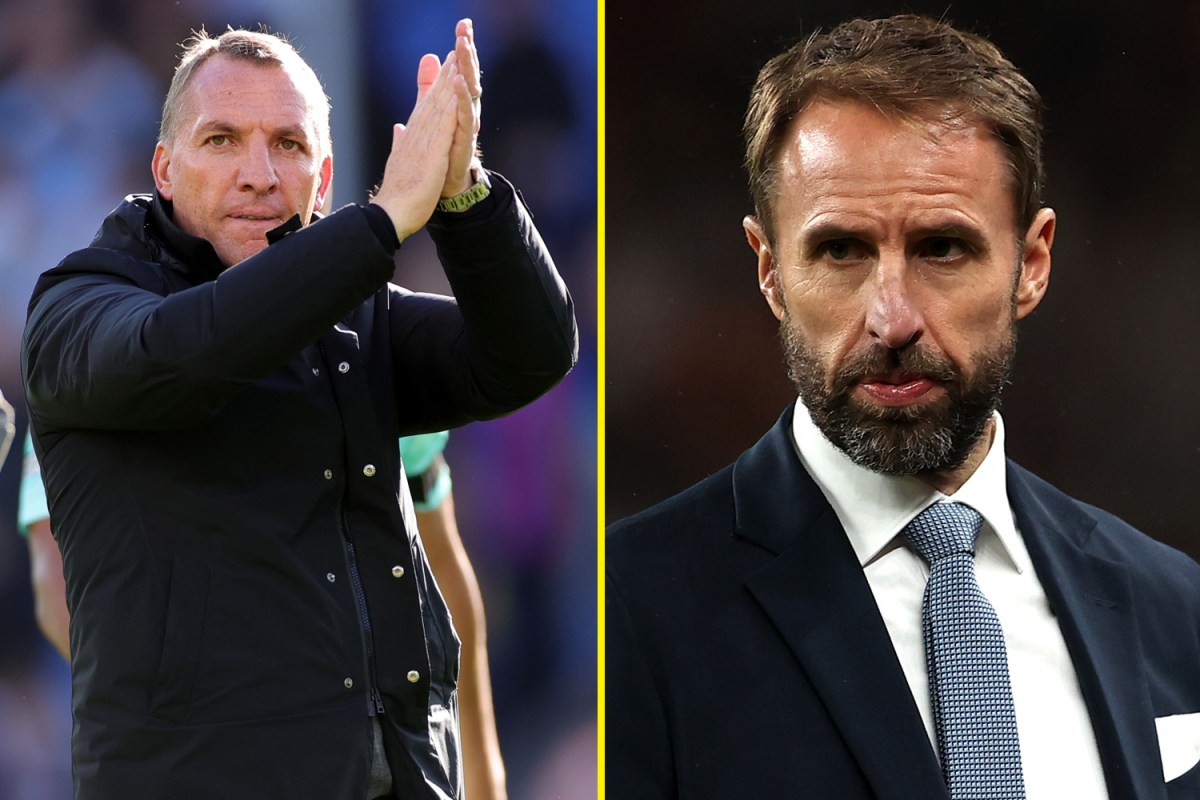 Fans phoned into talkSPORT calling for Gareth Southgate to be SACKED after England’s disappointing clash against Hungary on Tuesday night.

The Three Lions boss, who has led the team to the semi-finals of the World Cup and final of the European Championship, failed to answer his critics in a 1-1 draw which means they can’t afford to slip up again in their quest for qualification for Qatar 2022.

Southgate experimented with his team at Wembley, opting for a more attacking line-up, but it didn’t quite work out in what was a disjointed performance from the hosts.

The result against Hungary means England have to wait until the next international break to qualify for the 2022 World Cup – needing four points from their final two games – and has seen fans and pundits criticise the team and boss, with talkSPORT inundated with calls.

One Sports Bar listener said Harry Kane‘s ‘head is somewhere else’, after the England captain was one of a number of players to put in a below-par performance on Tuesday night.

Kane and Southgate were the focus of most of the wrath following the disappointing outing, with calls growing to replace the manager.

One supporter even went as far as to say he wanted England to LOSE against San Marino in their next World Cup qualifier, if it meant Southgate would be sacked and replaced with Leicester boss Brendan Rodgers.

He told talkSPORT: “My worry is that Southgate has got a decent number two there, right? Steve Holland, he’s won trophies all over the place.

“I hope we lose against San Marino because that is what we need to get rid of Southgate.”

He added: “Get Brendan Rodgers in, get him in now.”

Another caller insisted England need a manager who is going to get the best out of the current crop of players – insisting Brighton head coach Graham Potter is that man.

He said: “This is a ‘Golden Generation’, right? And we need a manager that’s going to get the best out of, not just the players, but the squad.

“It’s time for him [Southgate] to go now, get him out.

And when asked for who he wanted to replace the Three Lions boss, he responded: “Graham Potter.”

Another fan was left baffled by Kane’s performance, saying the Tottenham striker looks a completely different player to the one who is usually so reliable in front of goal in a Three Lions shirt.

The 28-year-old is just 12 goals shy of Wayne Rooney’s all-time England goalscoring record, but didn’t look close to adding to his tally against Hungary.

Kane has struggled for form since the start of the season, even since his failed transfer to Man City, with the striker still yet to score in the Premier League this season.

But Kane wasn’t the only England star who failed to impress on Tuesday night,

“I really don’t think there was a Plan B.

“I think Southgate went there expecting to win that comfortably. Grealish came off frustrated because he’d been substituted but, secondly, because he was just poor.

“And Harry Kane just looked missing. He didn’t look like the Harry Kane we know and we loved in the Euros.

“I’m not a Tottenham fan but he looks the same as he is at Tottenham – his head is somewhere else.”