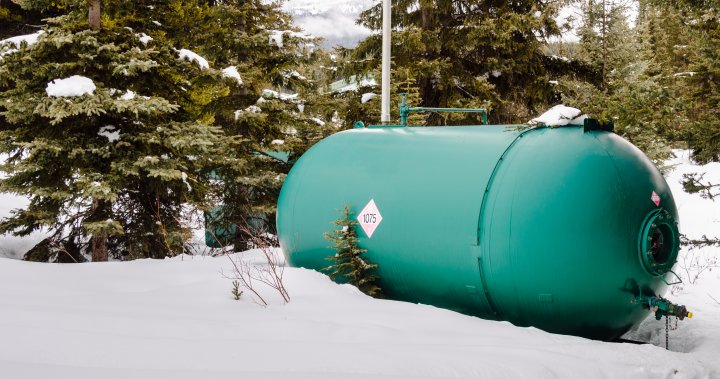 It’s not just gasoline and natural gas. The global energy crunch is also pushing up the price of furnace oil and propane, a harbinger of higher utility bills for many cottagers and millions of Canadians living in smaller and rural communities.

The average retail price of furnace oil in Canada hit $1.33 per litre in early October, compared to 86 cents a litre and $1.14 a litre during the same period in 2020 and 2019, respectively, according to data from Natural Resources Canada.

Propane inventories in the U.S. are the lowest they’ve been in a decade, he says. Propane prices — safe for a brief spike in 2014 — are the highest they’ve been over the same time span, with Canadian prices closely mirroring that trend, he adds.

Consumers across the country face the likelihood of higher utility costs this winter amid climbing natural gas prices, the primary heating energy source for over half of Canadian homes. But the price shock may be even more severe for the nearly 1.4 million households who rely on heating oil or other fuels, including propane, to keep themselves warm.

On top of that, they’re often excluded from provincial and territorial government programs that provide either energy-cost subsidies or financial incentives for home retrofits that lower households’ energy consumption, she adds.

The situation could become especially dire for many of Canada’s nearly three-million energy-poor households, who spend more than six per cent of their pre-tax annual income to keep the lights on and heat their homes, McClenaghan warns.

“Without conservation measures and with prices going up, the chances increase that these families will exceed what we define as the threshold for energy poverty,” she says.

“At that point, it’s found that people have to start making tough choices about adequate food, medication and rent or other household expenses,” she adds.

The prices of heating oil, a petroleum distillate, and propane, a derivative of natural gas processing and oil refining, reflect the ripple effects of an energy shortage that’s stalking the global economic recovery.

Soaring prices for both natural gas and gasoline are making furnace oil and propane more expensive as well, Johnston says.

As COVID-19 restrictions loosen up and economic activity around the world accelerates, global energy demand has increased quickly. At the same time, though, the uncertainties of the pandemic have made producers reluctant to make significant capital investments, contributing to supply shortages.

Natural gas prices in Europe and Asia, which rely heavily on energy imports, have more than tripled this year, due to low storage stocks, high demand from Asia and lower-than-usual supplies from Russia, in addition to low output from renewable energy sources in some areas as well as infrastructure outages.

Even in North America, which has its own supply of natural gas, prices are higher than they’ve been in more than six years.

The natural gas supply-demand mismatch is also pushing up the price of petroleum distillates, as some industrial facilities in Europe and Asia switch from prohibitively expensive gas to oil derivatives as a power source, Johnston says.

“Natural gas in Europe is priced (at the equivalent of) over (US) $200 a barrel right now,” he notes. “On a relative basis, it’s much cheaper to burn either diesel or other distillates, or sometimes even direct fuel oil, as opposed to natural gas. And that reverses a trend that we’ve seen basically since the 1970s, when the first round of oil shocks sent prices for oil products so high that (it) began to push them out of the electricity mix.”

In Canada and the U.S., natural gas remains considerably cheaper than diesel, but the extra demand from abroad is putting upward pressure on the price of many oil distillates, according to Johnston.

It doesn’t help that U.S. refineries diverted some production capacity from products like furnace oil to gasoline amid surging demand for the latter, he adds.

“You’ve seen this rise of the pandemic road trip where people are jumping in cars and they’re actually driving more than they were before the pandemic,” he says.

Low-income households in small towns, rural settings and Indigenous communities that don’t have access to natural gas infrastructure or affordable electricity are the most vulnerable to higher prices of furnace oil and propane, McClenaghan says.

That’s because energy efficiency and subsidy programs are often tied to regulated natural gas and energy providers, she adds. Consumers who rely on non-regulated fuels often fall through the cracks.

A recently created federal program that offers grants of up to $5,000 for energy-saving retrofits requires homeowners to book and pay for eligible upgrades upfront and make a rebate claim. That doesn’t work for many households struggling to pay their bills, McClenaghan says.

“We found over the years that that is a complete barrier to low-income households. They cannot afford to first pay the energy audit or pay the contractors to do the work and then submit a claim and wait for the rebate.”