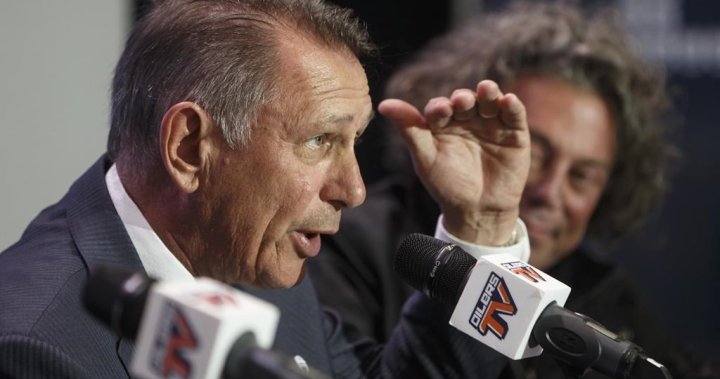 A Canadian Hockey Hall of Fame inductee is now getting a nod from his hometown.

Vernon city council will honour Ken Holland, general manager of the Edmonton Oilers, with the Freedom of the City award. He is the 21st recipient of the award.

Ken Holland excited to be the new Edmonton Oilers general manager – May 7, 2019

“Throughout his career, Mr. Holland has kept roots in his hometown of Vernon and has supported the community through his generous contributions to the Vernon Jubilee Hospital, Vernon Kal Rotary Club and charitable organizations, too numerous to name. He has served as an outstanding ambassador, not only for hockey, but for the City of Vernon, placing it on the hockey map around the world.”

A special ceremony is scheduled to be held on Tuesday, Oct. 26 at 9 a.m. in Vernon council chambers.

Freedom of the City is the highest civic tribute bestowed by the City of Vernon, by unanimous decision of city council. The honour is awarded to a distinguished person or a distinguished unit of the armed forces of Canada or another nation.

Holland was inducted into the Hockey Hall of Fame in the Builder category in 2020.

Holland was born Nov. 10, 1955, and was drafted by the Toronto Maple Leafs in 1975. According to his Hall of Fame bio, as a goaltender, he achieved his own goals by playing one game with the Hartford Whalers during the 1980-81 season and three more with the Detroit Red Wings in 1983-84.

He retired from playing in 1985, then joined the Red Wings as a Western Canada scout. He held a few roles with that organization and in 1997, the Red Wings selected Holland as their general manager, adding the executive vice-presidency of the team as well.

Holland joined the Oilers in May 2019 as that team’s general manager.