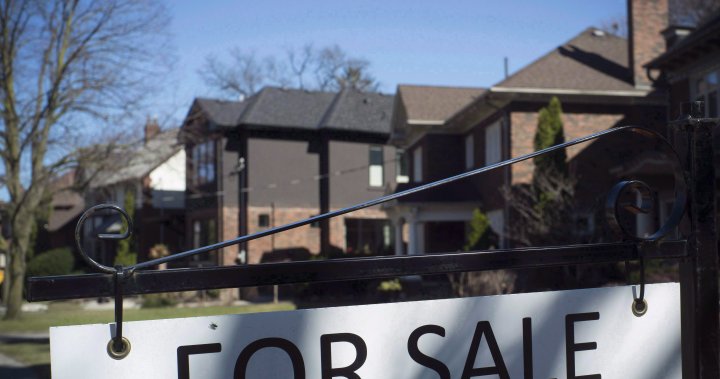 A recent move by major Canadian banks to increase fixed mortgage rates on the back of surging bond yields is unlikely to slow the country’s red hot housing market, as more than half of new borrowers take out variable-rate loans that are the cheapest they’ve ever been.

The market share of new variable-rate mortgages surged to 51% in July, the highest level since the Bank of Canada began tracking the data in 2013, from less than 10% in early 2020, and mortgage brokers say this has continued to increase since then.

The shift is the result of a growing gap between variable rates that move alongside the overnight rate, and fixed rates, which have followed bond yields higher. The spread is set to further expand, thanks to the Bank of Canada’s pledge that it won’t raise the benchmark rate until the second half of 2022, even as bond yields continue to surge on rising inflation.

Read more:
‘Not as crazy as it seems’: How COVID-19 gave rise to home-buying sight unseen

This, in turn, means the popularity of variable-rate mortgages will grow further, overturning a trend that has been in place for over a decade, according to experts.

Surging demand for housing during the pandemic has led the country’s mortgage insurer and the Bank of Canada to warn of escalating risks, and politicians have vowed to take steps to boost affordability. Yet, the central bank’s own low-rate policies have helped fuel soaring demand.

“We are at a point where there’s an artificial suppression of the short-term, central bank controlled rate,” said mortgage broker Ron Butler. But “a marketplace-based rate like the five-year fixed says ‘no no no, I think rates have to go up’.”

But “the effect on the marketplace, where the variable rate is so low, is very much blunted,” he added.

1:58
Risks of waiving conditions when buying a house

Canada’s biggest banks have raised their five-year fixed rates in response to the surge in bond yields – ranging from Royal Bank of Canada’s rate of 2.44% to Toronto-Dominion Bank’s 2.29%.

That has pushed the average discounted fixed mortgage rate to a 16-month high of 1.94% as of Wednesday, while the discounted variable rate dropped to a record 0.95%, according to rate comparison site RateHub.ca.

“The variable rate is half the fixed rate,” said Ratehub.ca co-founder James Laird, adding that demand for variable-rate mortgages usually rises when they are at least 75 basis points cheaper than fixed. “This is the most extreme difference we’ve seen.”

Mortgages powered earnings growth for banks during the pandemic, but as economies open up, banks have more opportunities to lend and their willingness to pass on their higher borrowing costs to home buyers shows that flexibility.

The increase in fixed rates illustrates that some of the banks’ eagerness during the pandemic to boost mortgage lending to deploy excess capital has ebbed, said Newhaven Asset Management portfolio manager Ryan Bushell.

The fact that they are driving more borrowers to variable-rate loans shows they “want people to be adjusting up the curve quicker,” he said, since any central bank interest rate hike would raise floating rates while fixed rates remain the same.

A pullback in overall mortgage demand will only come if bond yields were to rise by 100 basis points or more, although this would be offset by better margins for lenders, said Rob Colangelo, vice president and senior credit officer at Moody’s Investors Service.

“If bond yields continue to rise, they may need to make adjustments here and there, but I don’t feel they’d … be as significant as if the Bank of Canada says they were going to raise rates 50 to 100 basis points, for example,” he said.