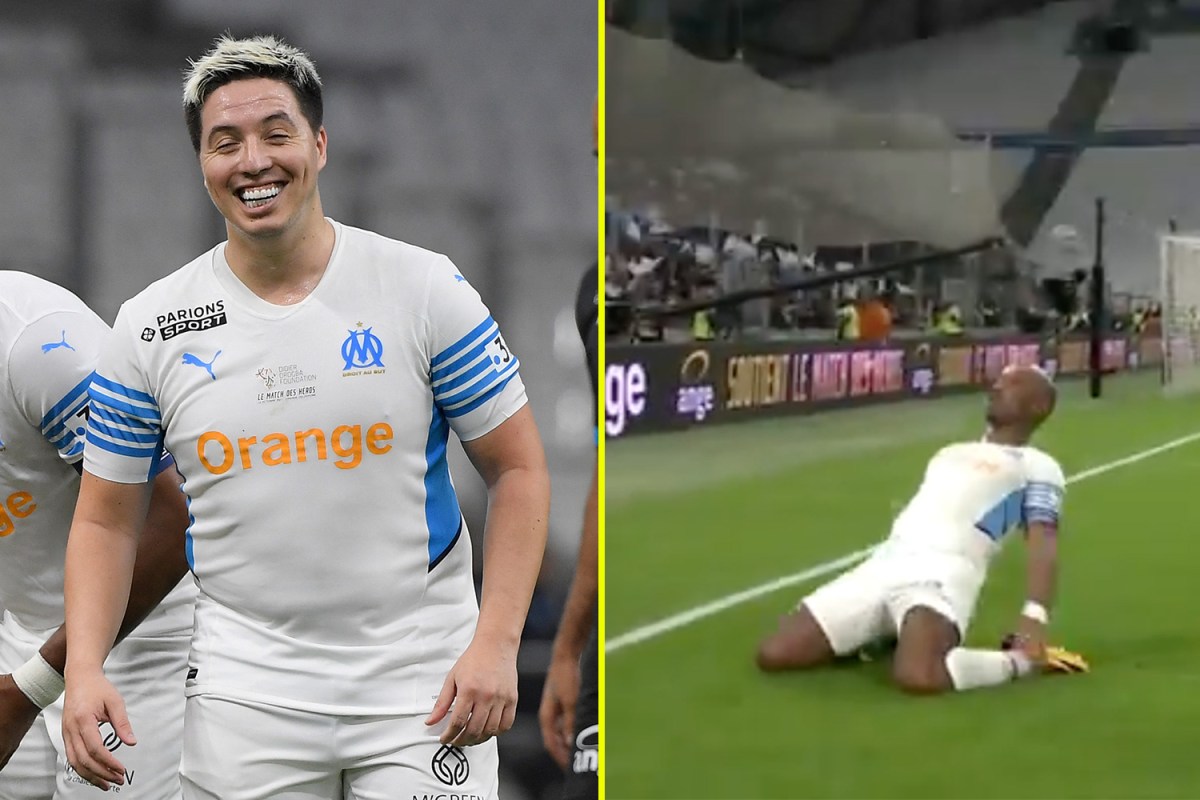 Didier Drogba was back doing what he does best on Wednesday night as the Chelsea legend fired in a hat-trick in a charity match.

The Ivorian donned Marseille’s jersey again in a clash against Arsene Wenger’s UNICEF XI, alongside the likes of Robert Pires and Samir Nasri.

Drogba netted twice before pulling off his iconic celebration for his third, while F1 star Pierre Gasly found himself on the scoresheet.

The four-time Premier League winner, who netted 164 times for the London club in 381, took home the match ball as Marseille ran out 7-4 victors.

Former Arsenal star Nasri, once regarded as one of the most talented players in the Premier League, was also included in Marseille’s XI having started his career at the south of France club.

The ex-Man City playmaker announced his retirement from football two weeks ago at the age of 34.

Pires also spent two years of his career at Marseille before joining Arsenal.

The forward went on to move to the Gunners where he cemented his name in Highbury folklore by becoming member of the ‘Invincibles’, who went the entirety of a season unbeaten.

Wenger was the manager for that season, with the Frenchman taking some time away from his duties at FIFA to manage the UNICEF side.

The legendary Premier League manager’s plans to hold a World Cup every two years appear to be gathering pace after backing from two football federations.

The confederation of North, Central America and Caribbean Association Football (CONCACAF) and the Asian Football Confederation (AFC) have both given their support despite opposition from UEFA and CONMEBOL over the idea.