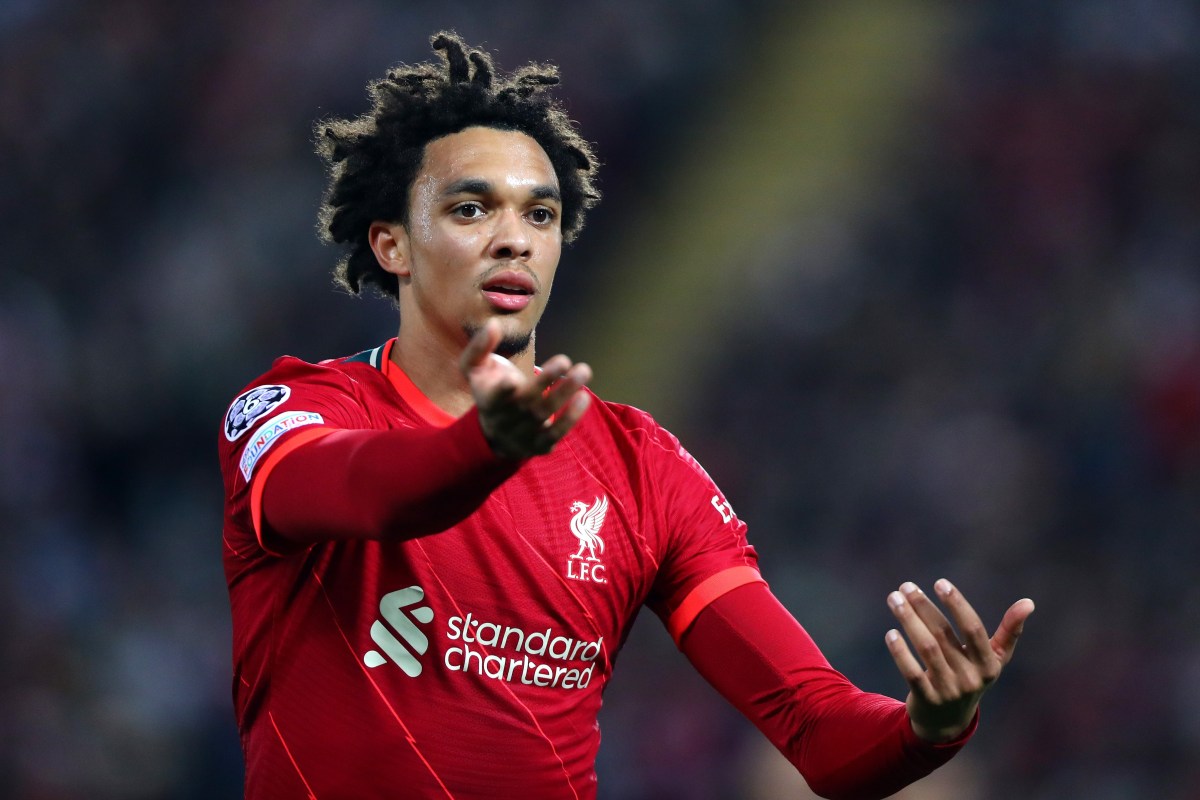 Liverpool will be desperate to welcome back Trent Alexander-Arnold for the trip to Vicarage Road to face Watford this weekend.

The right-back missed the Reds last two games before the international break after sustaining a groin injury in the 3-3 draw at Brentford.

Liverpool had no problems beating Porto 5-1 without Alexander-Arnold but missed the England star during the thrilling 2-2 draw with Manchester City.

In his absence, James Milner deputised a full-back and was given a torrid time by Phil Foden and was fortunate not to receive a red card.

But Liverpool have been handed a boost by the news that Alexander-Arnold has recovered from a recent groin issue, claim the Telegraph.

The 23-year-old will be available, as will Diogo Jota, at Vicarage Road – live on talkSPORT – to ease the Anfield outfit’s injury crisis.

“They [Alexander-Arnold and Jota] are all good, they are all in a good way, let me say it like this,” Klopp told the club’s official website.

“So it looks really like Trent and Diogo will be fine, they will train with us tomorrow completely normal, that’s the plan.

Thiago Alcantara remains a doubt however after he picked up a calf issue during last month’s win over Crystal Palace.

Klopp added: “Thiago needs probably a little bit longer, [he] was not in team training yet, that’s always not a good sign for starting the next game.

“And the rest [of the] international [players], some are back, obviously some are not back yet. And we will see.”

Liverpool face being without four other players, including long-term absentee Harvey Elliott, as they return to action against Watford.

Alisson and Fabinho are almost certain to miss Saturday’s early kick-off with Brazil’s World Cup qualifier at home to Uruguay on Thursday evening.

The pair are set to avoid a UK quarantine by travelling back to Liverpool from Brazil via Spain in order to play Atletico Madrid next week.