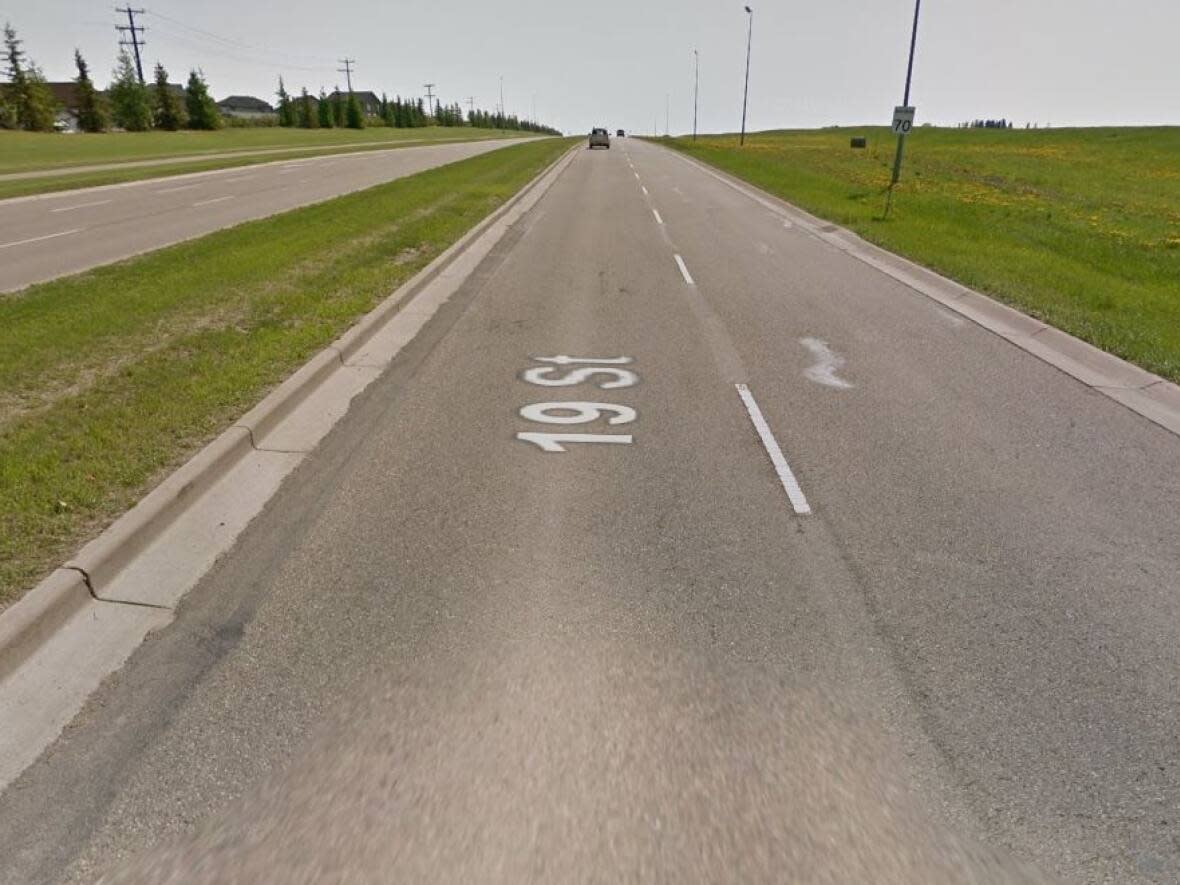 A teenage driver is facing a court date after RCMP say he was clocked at almost 60 km/h over the speed limit on a city street in Red Deer, Alta.

The vehicle was eastbound on 19th Street approaching 30th Avenue on Oct. 5 at about noon when a traffic officer measured its speed at 128 km/h as it passed Irwin Avenue, RCMP said in a release.

The posted speed limit on that road is 70 km/h.

The 17-year-old driver was given a mandatory court date because of the extreme speed, RCMP said.

A notice to parent was also served because the driver is not an adult.

“Driving at such a high rate of speed in the city is very dangerous,” said Sgt. Mike Zufferli.

“Not only is it a costly offence, but it also puts the safety of all road users — motorist and pedestrians — at risk, and can have lasting, life-altering effects.”

The driver could be handed a licence suspension.