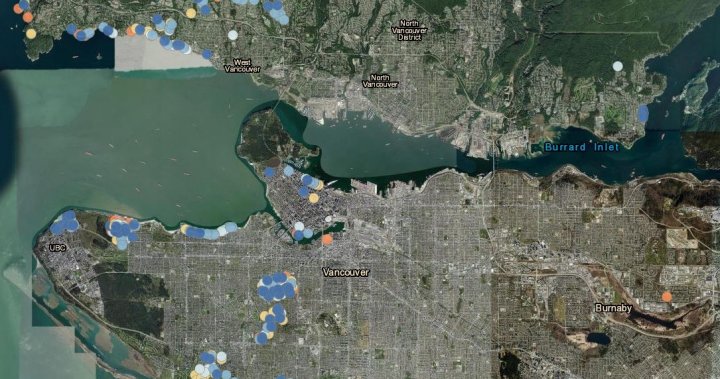 You know it’s becoming a pricey world when a home valued at $27 million doesn’t crack the top 25 most expensive places in B.C.

And by most expensive, we’re talking homes that were assessed by BC Assessment, which released its latest valuations this week.

In a press release, BC Assessment said over the next few days, owners of more than 1,076,600 properties throughout the Lower Mainland can expect to receive their 2022 assessment notices.

BC Assessment says the notices reflect market value as of July 1, 2021.

“The widely reported heightened demand among homebuyers during the COVID-19 pandemic is reflected in the upward movement of property values across the province including 10 to 30 percent increases throughout the Lower Mainland.”

BC Assessment says condos in Vancouver are on the lower end of the changes, “generally with single-digit increases, whereas homes in the Fraser Valley suburbs are changing higher compared to most of Metro Vancouver.”

Murao added, “similarly, commercial and industrial properties across the province continue to show signs of recovery.”

Along with a pool and a tennis court, that property along Point Grey Road is much larger than its surrounding neighbours, occupying the equivalent of four lots across the street.

A quick scan confirmed increases throughout the Lower Mainland.

2:25
The most expensive residential properties in BC

The most expensive residential properties in BC – Jan 9, 2021

By the way, that $27-million home, a single-family residence, is located along Bellevue Avenue in West Vancouver and was ranked the 26th-most expensive home in the province.

According to BC Assessment, below are the average typical increases:

In an interview with Global News, the director for the UBC Centre for Urban Economics and Real Estate, Thomas Davidoff, says the increases are pandemic-related.

“With the pandemic, you didn’t need to commute,” said Davidoff. “So living in the suburbs hasn’t seemed so bad. And, as we all know, working from home and having more space has been very helpful.”

BC Assessment says for the Lower Mainland, the overall total assessments increased from about $1.46 trillion in 2021 to about $1.75 trillion this year.

To search your property’s value, visit BC Assessment’s website.

2:00
BC Assessment: Moderate price changes for homes in the Okanagan

BC Assessment: Moderate price changes for homes in the Okanagan – Jan 4, 2021