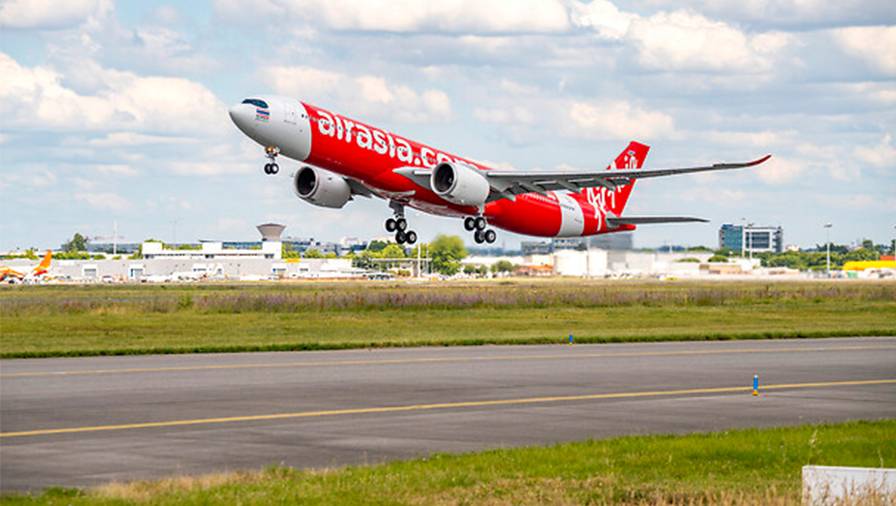 Two major Indo-Asian airlines, AirAsia X and Air India, have ambitious plans for their international routes after the Covid-19 hiatus.

Malaysia-based AirAsia X announced seven new routes from its Malaysian hub at Kuala Lumpur, with Auckland and two more Australian destinations, Melbourne and Perth, also resuming soon. The Auckland flight will be via Australia, though no details have been announced.

After being grounded during the pandemic, and undergoing a restructuring, AirAsia X relaunched international flights in February with a Kuala Lumpur-Sydney service, though this was shelved in April. It now operates routes to Seoul and Delhi.

New services will resume to Tokyo Haneda on July 14 and Sydney from September 2. In October, it will restart flights to Osaka, which will continue to Honolulu. Flights to Sapporo, Japan, will resume in December.

Air India plans to open multiple hubs across India over the coming years to help capture the surging demand in the country’s domestic market as well as implement an ambitious international expansion strategy under its new owner, Tata Group, and with Kiwi Campbell Wilson in charge.

The airline’s primary hub is Delhi and it has a secondary hub in Mumbai. The general manager of commercial strategy and planning, Purnima Nerurkar, told a conference in Danang the airline planned to become “the largest hub carrier in the region.

“Air India has the strategy already in place where we have a hub at Delhi for all our long-haul and our short-haul markets,” she said. “This is expected to grow because, going forward, our management’s thought and vision is to … create several hubs in India, which would facilitate growth from each of the regions.”

Air India was close to signing an agreement with Airbus for an order of up to 50 A350-900 aircraft, the Business Standard reported. In addition, the airline was also in talks for an order of more than 100 A32 neo aircraft. The revelation came in a memo to pilots to prepare for training on the aircraft. Sources said the airline was looking to induct the A350 aircraft as early as the first half of 2023. Airbus already has A350s built for an order of 22 from Russia’s Aeroflot that can’t be delivered because of sanctions.

It’s been an eventful week in the airline industry, with two international conferences, in Doha and Seattle. Norse Atlantic Airways, a new low-cost long-haul airline, launched; South African carrier Comair failed; two major European airports, London Gatwick and Amsterdam Schiphol, announced reductions in flight movements due to labour shortages; EasyJet cut about five million seats, also due to lack of staff; and the price of jet fuel nudged up another 3.6% to an average of US$176.56 a barrel – more than double that of a year ago.

Spanish operator Air Nostrum is the first airline to express an interest in UK-based Hybrid Air Vehicles’ Airlander 10 airship. Ten have been ‘reserved’ for Air Nostrum, which will become the launch customer. The Airlander seats up to 100 people and can spend up to five days airborne. It can cover up to 4000 nautical miles (7400km) at a maximum altitude of 20,000ft, and is designed to reduce CO2 emissions by up to 90% compared with similar aircraft.

Air Nostrum is anticipating delivery of the first Airlander 10 in 2026, with a view to operating regional routes around Spain. Hybrid Air Vehicles has been working on designs for the Airlander 10 since 2007, when it took over the SkyCat Group. It is based at Cardington Airfield in Bedfordshire, just north of London.

London’s largest airport resumed its long-standing position of being the world’s busiest international airport as measured by point-to-point passengers and by future seat capacity measured.

The data compiled by the Airports Council International Europe and OAG was for the week commencing May 16. London Heathrow was overtaken in 2014 by Dubai International, which has been more affected by the pandemic than airports in Europe. The relatively new Istanbul Airport, which opened in October 2018, ranked second, followed by Amsterdam Schiphol, Frankfurt International, Paris CDG, and Doha’s Hamad International.

US airports continue to be the world’s busiest, due to their large domestic travel component, while previously busy Asian airports in China, Hong Kong and Korea have fallen back considerably in rankings due to pandemic restrictions.

Route news of the week

Air Canada is spreading its wings to Asia with its first route to Thailand. The four times weekly service from Vancouver to Bangkok will start on December 1 and run through to April 14 using Boeing 787 Dreamliner aircraft. The airline will also resume its Toronto-London Heathrow-Mumbai service from October 29 to March 26, and Vancouver-Delhi (via Dublin) from October 1. Air Canada already operates year-round services to Delhi from Toronto and Montréal.

Emirates upgraded its Dubai-Barcelona-Mexico City service to daily from this week, to meet strong demand. Originally, Emirates wanted to fly direct to Mexico but this proved impossible. So it arranged the Barcelona stopover under fifth freedom rights, which means it can pick up passengers in Spain in both directions.