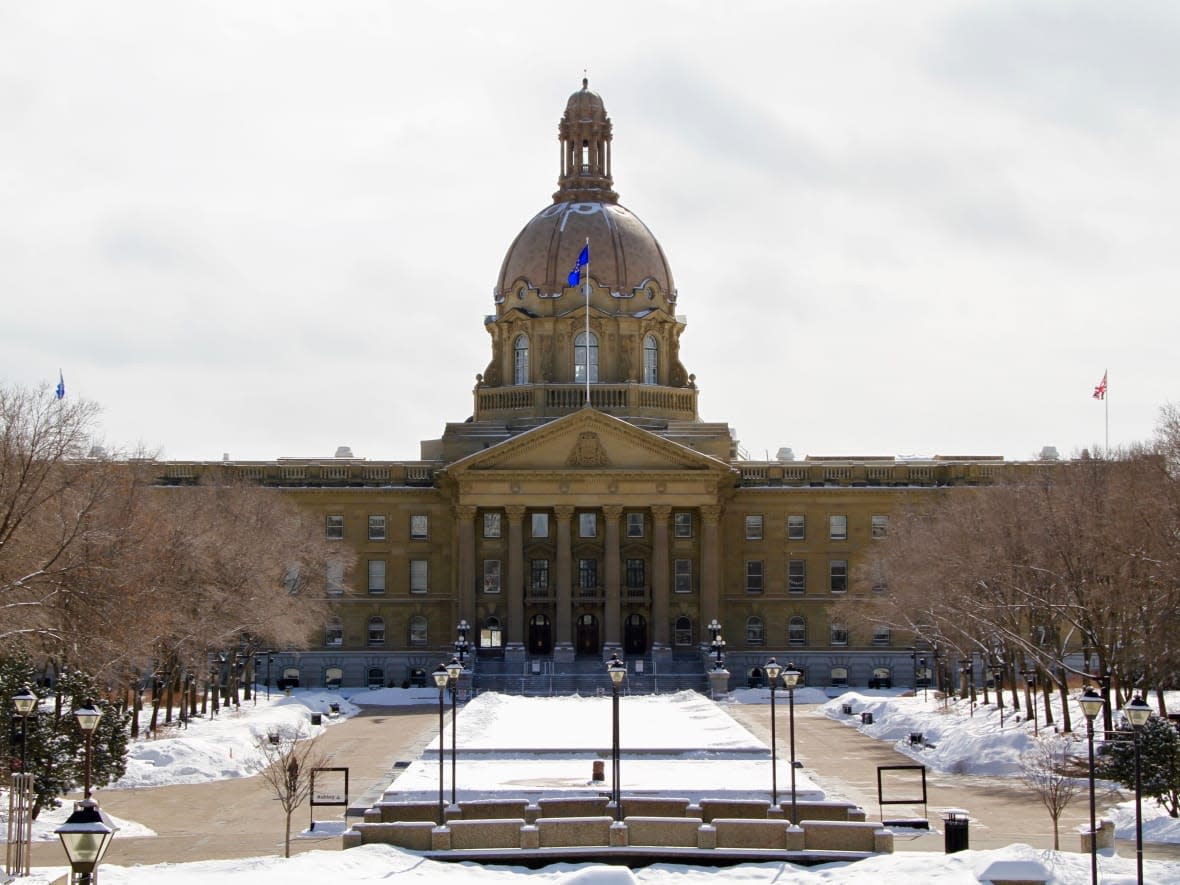 The Alberta government plans to rescind a public health order barring health-care workers from working at more than one continuing-care facility by mid-February — if not sooner.

Last fall, the province consulted with various unions and “other staff and employer representatives” about allowing health-care workers to work at more than one site, a spokesperson for the health ministry told CBC News in an email.

The single-site order is expected to be rescinded Feb. 16, the spokesperson said. Although continuing-care facility operators are signalling they need the order repealed before then, to increase staffing to care for vulnerable residents.

“Any decision will balance the lower risk to residents in the current wave, with the pressure on the workforce and the need to continue to provide care,” the spokesperson said.

In the spring of 2020, the Alberta government instituted a restriction that prevented health-care workers from working at more than one long-term care home or designated supported-living facility. This was implemented province-wide by mid-October 2020.

The rule ensured that, should an employee contract the novel coronavirus at one facility, they would not carry it to another. Thus any ensuing COVID-19 outbreak would be limited to the one facility.

On Dec. 9, 2021, operators communicated with staff who are on single-site leave of absence, asking them to advise whether they wish to return to their previous positions or casual status, according to a provincial government document.

Operators will share the new schedules with their staff in the last week of January. Then, on Feb. 16, continuing-care staff throughout Alberta are free to work at multiple facilities, the document says.

The restriction will be lifted as the Omicron variant continues to spread quickly. Health-care facilities are strained from the lack of human resources, as employees either recover from COVID-19 or self-isolate.

“This should have been, from our perspective, lifted months ago,” said Mike Conroy, president and CEO of the Brenda Strafford Foundation, a seniors’ care charity that runs five continuing-care facilities in Alberta.

The foundation proactively overstaffed its facilities, but is now doing what it can to fill absences, he said.

About five to 10 per cent of staff are absent at any given time, Conroy said. About 85 staff members have tested positive for COVID-19 thus far in the fifth wave. The foundation has about 1,200 employees.

“We’re mindful of that [impact on quality of care],” he said.

“The outcomes aren’t necessarily as dire as previous waves, but certainly the prevalence [of COVID-19] is much more. And, of course, having staff away could create a challenge.”

Ending the single-site order would open up the pool of workers, allowing the foundation to maintain the standard of care, he said.

The United Nurses of Alberta, which represents more than 30,000 nurses, was among the parties consulted when developing the plan to repeal the single-site restriction, and supported the proposed approach, the province said.

Now the union is pushing to delay because the COVID-19 situation has changed, said David Harrigan, director of labour relations.

The Omicron variant is more transmissible than any previous strain of the novel coronavirus. Alberta has been reporting record case counts and test-positivity rates — and there is believed to be more COVID-19 in the community, because provincial data only counts PCR test results.

Although Omicron infection tends to result in less severe outcomes, an unprecedented number of COVID-19 hospital patients in Alberta is expected in a matter of days. Most of the people dying from COVID-19 are also seniors.

Currently, continuing-care workers won’t be allowed to work at multiple sites for another month. Also, the province says the health department will continue to monitor the situation.

Despite the union’s plea, the province wants to move ahead, Harrigan said.

“The response was, ‘No, we’re not going to delay. In fact, we’ve been having advisory committees and we’re going to speed it up,'” he said.

“That was quite a surprise to us.”

The committee Harrigan is referring to was detailed in an email sent to the union on Jan. 12, on behalf of Dr. Deena Hinshaw, Alberta’s chief medical officer of health. The email — a copy of which was obtained by CBC News — explains the decision-making behind repealing the single-site order, and the process currently underway.

An advisory team of continuing care association leads, operator representatives, Alberta Health Services’ zone leads and human resources representatives and Alberta Health officials was created to monitor the process of returning staff to their previous positions, and report any emerging challenges from the field, the email states.

This excludes the unions and, Harrigan alleges, front-line workers.

The email also states that continuing-care facility operators may need to lift the restriction sooner than Feb. 16, to fill gaps created by Omicron-related absences and allow for on-site re-orientation of staff who will be returning to these sites after a near two-year absence.

“We have confidence in the suite of many protective measures in place in continuing care facilities to lessen the introduction and transmission of COVID-19, above and beyond the single-site staffing restriction,” the email said. It listed employee screening, extra sanitization and continuous masking, among other protocols, as examples.

The union wants the government to consider extending the single-site order, Harrigan said.

In the meantime, employers facing staffing shortages should consider attracting more workers through incentives such as higher pay.