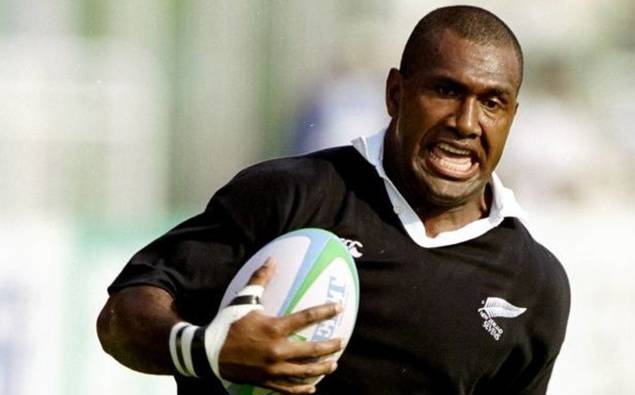 Much-loved former All Black Joeli Vidiri tragically died – in his new wife’s arms – after suffering a trio of cardiac arrests while battling Covid-19 in America.

In a heart-wrenching message to friends of the rugby hero, his wife wrote he had “fought” bravely before dying on Wednesday night.

A former teammate and close friend also told the Herald on Sunday that Vidiri “died in the arms” of his bride.

Former All Black Joeli Vidiri died in the arms of his new wife after a trio of cardiac arrests in America after first becoming ill with Covid-19. Photo / Greg Bowker

And players who were close to Vidiri – whose top-level rugby career was cut short by kidney disease – are now rallying to raise funds to bring his body back from the States.

The 48-year-old’s former Super Rugby team the Blues posted with “heavy hearts” about his death on Friday night; with the announcement leading to an outpouring of grief on the same day as it was revealed New Zealand and Samoan rugby great Va’aiga Tuigamala had died.

The Herald on Sunday can now reveal Vidiri – who played two tests for the All Blacks in 1998 – died in America, where he had recently travelled to get married.

His new wife has told friends of the ex-All Black that he initially became sick after catching Covid-19.

Vidiri was unvaccinated, his wife wrote, and his health deteriorated rapidly after he then contracted pneumonia, and was hospitalised.

“His immune system was [too] weak to fight,” she wrote.

“The doctors tried their best and he had three serious cardiac arrest. My husband fought . . . on Wednesday night . . . but gave out his last breath to me on the 3rd cardiac arrest.”

Vidiri’s grief-stricken wife wrote that doctors tried to revive him for a third time, but their best efforts were tragically unsuccessful.

“I am just so shocked and out of words,” she wrote.

She added that Vidiri had enjoyed the wedding trip to America and was “really happy” before contracting Covid-19. It is understood he had been in the US for about a month.

With heavy hearts we announce the passing of Joeli Vidiri, aged 48.

G.O.A.T is used frequently these days, more than it should. In the case of Joeli the title truly fits. One of the greatest players of all time.

Former Counties Manukau teammate, and close friend, John Akurangi told the Herald on Sunday that he and other friends of Vidiri were shell-shocked by the death.

“He was newly married, happy, and he died in her [his wife’s] arms,” he said.

“You know very well that all the boys [during our era at Counties Manukau] were absolutely special. Joeli himself, he was an outstanding guy. He was fantastic off the field, he was fantastic on the field . . . he was just a wonderful [person].”

Akurangi recently returned to New Zealand to live after spending several years coaching professional teams in Europe; including being in Italy during Covid-19’s rapid spread through that country which left thousands dead.

Now the death of his mate – who had not had any vaccinations against Covid-19 – after he initially became sick with the virus was shattering.

Close friend and ex-team-mate John Akurangi says the death of Joeli Vidiri has hit him hard, and says the ex-All Black’s friends are rallying for his family. Photo / NZME

“It shows the importance, and I want to reiterate, of actually just getting the vaccine done,” Akurangi said.

“You might be against what they [the Government] are trying to do to make you get it, but at the end of the day if you don’t [get vaccinated] you are at risk.

“And that is exactly what happened with Joeli. He went into America . . . he got married, got Covid and now he is dead . . . from having three heart attacks in a row. It was the Covid that put him under stress.”

Fijian-born Vidiri became a cult hero in New Zealand with his initial heroics for the Blues and Counties Manukau.

After becoming eligible to play for his adopted country, he earned two caps for the All Blacks in 1998, as well as winning a gold medal with the New Zealand Sevens team at that year’s Commonwealth Games in Kuala Lumpur.

But within three years his professional rugby career was overdue to debilitating kidney disease.

Akurangi said his friend kept his health battle as quiet as he could for a long time, while still playing. At the time the public focus was on the kidney battles of Vidiri’s Blues, All Blacks and Counties Manukau team-mate Jonah Lomu.

“He really downplayed that,” Akurangi said.

“At the end of his career people were thinking ‘Why did Joeli stop playing?’. But he kept the fact he was on dialysis quiet for a long time . . . not many people knew about that situation with him.

“And obviously with Jonah being on dialysis, it overshadowed everything else that everyone else did in the team.”

As his health failed him post his playing retirement, Vidiri went on the waiting list for a kidney transplant.

Then he took himself off it in 2008 on the wishes of his mother.

But in 2015, he again was on the waiting list and received a new life-prolonging kidney.

“He was actually stoked to get that transplant,” Akurangi said. “For Covid to get him in the States [is tragic].”

Akurangi – who also played top-level rugby for the Crusaders and Chiefs Super Rugby teams, as well as playing for New Zealand Māori – said former teammates, and the Blues supporters’ club, were raising funds to get Vidiri’s body back to New Zealand.

“I have been on the phone with the boys so that we can get him home,” he said.

“His family don’t have the funds to bring him home, so the boys have kicked in and we are getting things together. It’s great to be able to do that.

“We just have to bring Joeli home.”

Akurangi echoed the sentiments of rugby players and fans around the world about the huge loss to the sporting landscape of both Vidiri and Tuigamala in the space of several days.

Both were legends on the sporting field.

But their impact was also huge off the rugby paddock, he said; men whose large smiles made them great ambassadors for our national game.

“Imagine that team they have up there [in Heaven] now . . . that team that Mac McCallion will be coaching up there,” Akurangi said.

“Imagine the backline . . . Joeli on one wing, Jonah on the other, Inga, Normie [Berryman] at centre . . . you would throw Waka Nathan at fullback, for sure.”