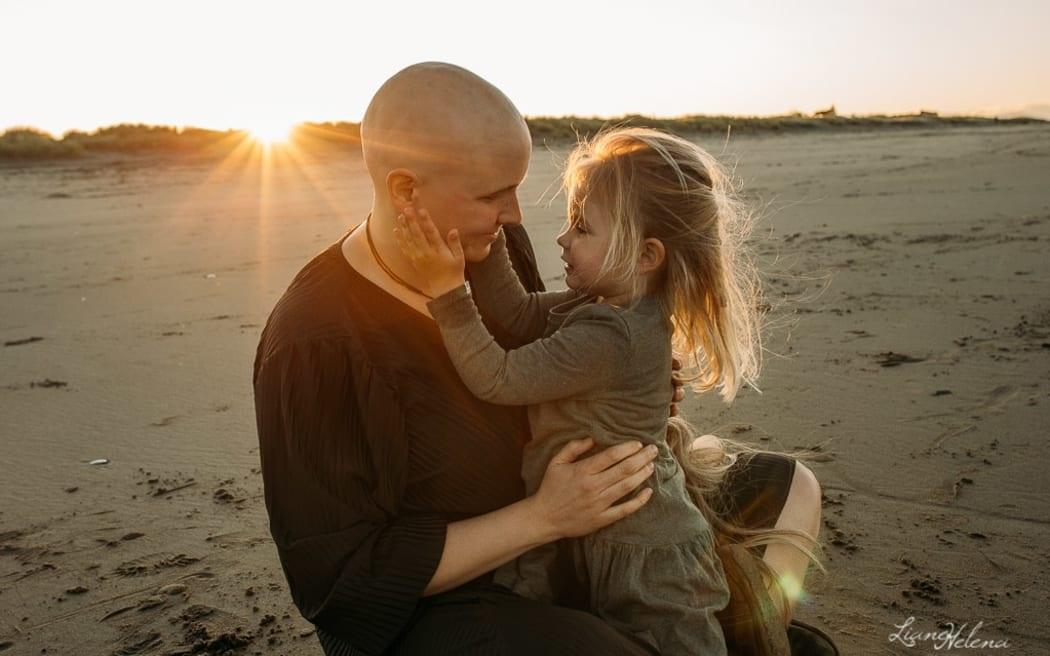 The Ministry of Health is edging closer to giving much needed support for people who have alopecia.

Hundreds of people in New Zealand have the autoimmune disease that mistakenly attacks hair follicles and makes them fall out.

There’s no real cause and no known cure, and many people affected by the disease face daily hurdles just to feel like themselves again.

People who suffer from alopecia struggle to afford wigs and say the Government’s subsidy barely made a dent.

Samantha McConnell, a mother of four young children, has lived with alopecia for almost 10 years.

During that time her hair had fallen out, partially grown back, and fallen out again.

“I was blocking the drain whenever I washed my hair. It was horrible to take my hair out of my ponytail and feel like half my hair was falling out:”

Two months ago she decided enough was enough, and shaved the remaining tufts off, but it was still hard for her to look in the mirror.

McConnell still had patches of regrowth scatted across her scalp, and said she felt horrible when people stared at her.

“I remember going to a coffee shop not long after I shaved it – I had some regrowth – and I could feel eyes all around the room just kind of scoping it out … it was so uncomfortable.”

Since then, she hasn’t gone out with her head uncovered.

Many people with alopecia wanted something that would let them feel normal again – like a wig.

But blending in came at a price.

Wigs made with human hair looked like the real deal, and were often custom shaped to the persons head so it would feel comfortable to wear full time. But they could cost thousands of dollars.

More than 20 years ago the Government introduced a wig and hairpiece subsidy.

Today an adult with one of the two more permanent types of alopecia – totalis or universalis – could get $2330 once every nine years.

People with alopecia areata, which was less severe, could get $409 every year.

Children and teenagers with alopecia were eligible for $1226 every three years – because their heads were still growing.

The Ministry of Health said more than 3,000 claims were made last year but it didn’t keep records of how many people in the country have alopecia.

Paul Jackson co-runs AlopeciaNZ, a charity and support network for people who have the disease.

He said the subsidy didn’t even begin to cover the actual costs.

“The price of decent quality wigs and other products is getting extremely high, and the subsidy almost hasn’t been looked at in decades,” Jackson said.

That was because even the best quality wigs would start to fall apart and need to be replaced every two or three years depending on use.

Jackson said many struggle to finance wigs themselves, and some people turn to fundraising.

McConnell managed to find a good quality wig for a few thousand dollars, which took up her whole subsidy and would be unlikely to last many years.

Holly Cotter’s 6-year-old daughter Julia started losing her hair when she was a toddler.

After getting Julia her first wig, her mother could see the difference it made.

“We like to say to her, ‘You know we don’t know if your hair will stay or go away, but you’re beautiful either way’,” Cotter said.

Cotter said her family was fortunate they could top up the difference after claiming the subsidy, but the cost still added up.

Last year, AlopeciaNZ put a petition to government calling for changes to the subsidy.

It wants to see the funding increased, and importantly, the claim period reduced for adults and children.

Jackson, who penned the petition, said things like microblading for eyebrows should be included in the subsidy too for those that had lost their eyebrows.

The Ministry of Health said it would be reviewing the subsidy, but no timeframes were set for this.

Health Minister Andrew Little said the government is “committed to ensuring people who suffer from permanent or temporary hair loss have access to adequate care and support”.

Jackson said the community is hopeful this is a step in the right direction.

“What I’d like to see in New Zealand is for any new person diagnosed with alopecia, that there is instantly resources they can use – so there’s mental health resources, if they want to wear a wig the funding is there and just building that support network.”