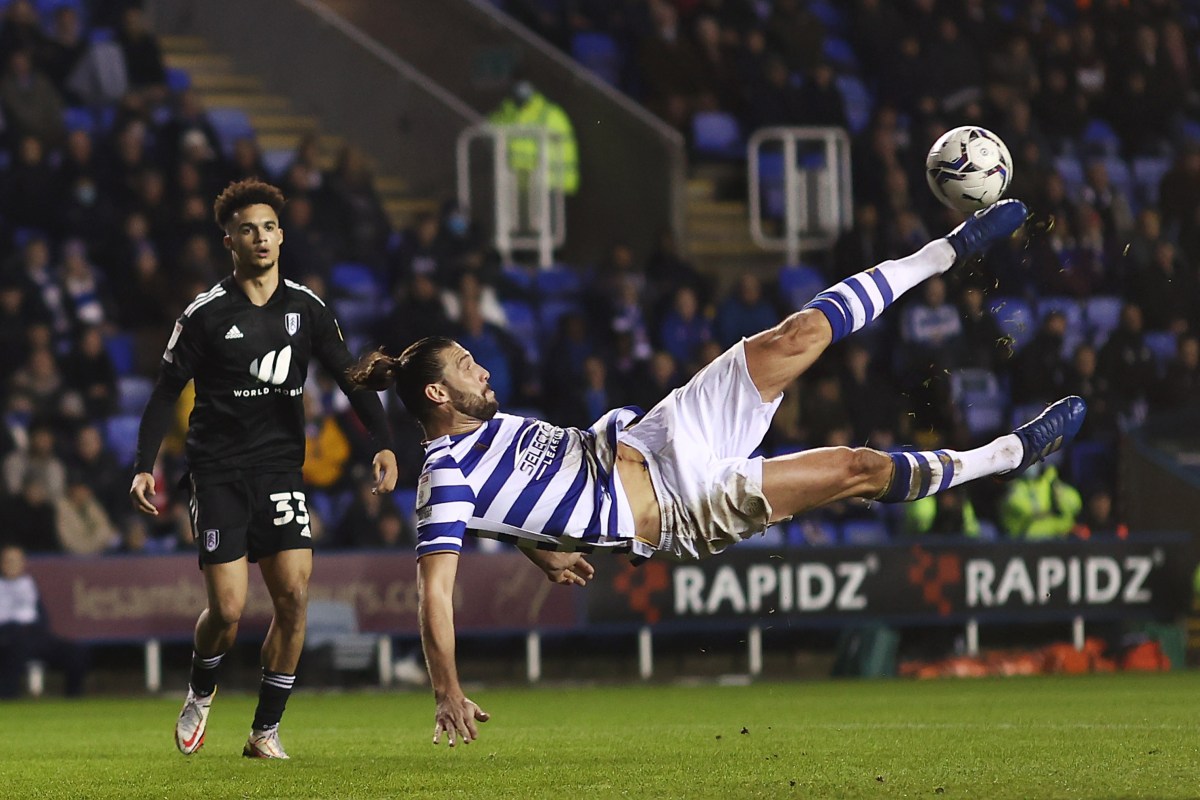 Andy Carroll scored two of the best goals of his career on Tuesday night… only for them to both be ruled out.

The 33-year-old shows flashes of brilliance in Reading’s Championship game against Fulham, but neither of them counted.

The former Liverpool and Newcastle striker had the ball in the back of the net on two occasions in quite ridiculous fashion.

Carroll performed a spectacular overhead kick, but replays showed he was clearly a yard or two offside.

The execution of the effort was nothing short of brilliant, though.

The striker then chested down a diagonal ball and smashed it on the volley from around 25 yards into the top corner.

Unfortunately for Carroll, that one would not count either and it was not his, or Reading’s, night.

Fulham made the most of their chances by thrashing Reading 7-0 with Harry Wilson (2), Aleksandar Mitrovic (2), Kenny Tete, Neeskens Kebano, and Tosin Adarabioyo all scoring.

Carroll joined second tier side Reading in November on a short-term contract until the middle of January.

He left Newcastle for a second time at the end of last season, scoring just once in 43 games.

The striker’s first spell at the club yielded 33 goals in 91 games before a £35million move to Liverpool in January 2011.

He then joined West Ham permanently in 2013, playing 142 times for the club.