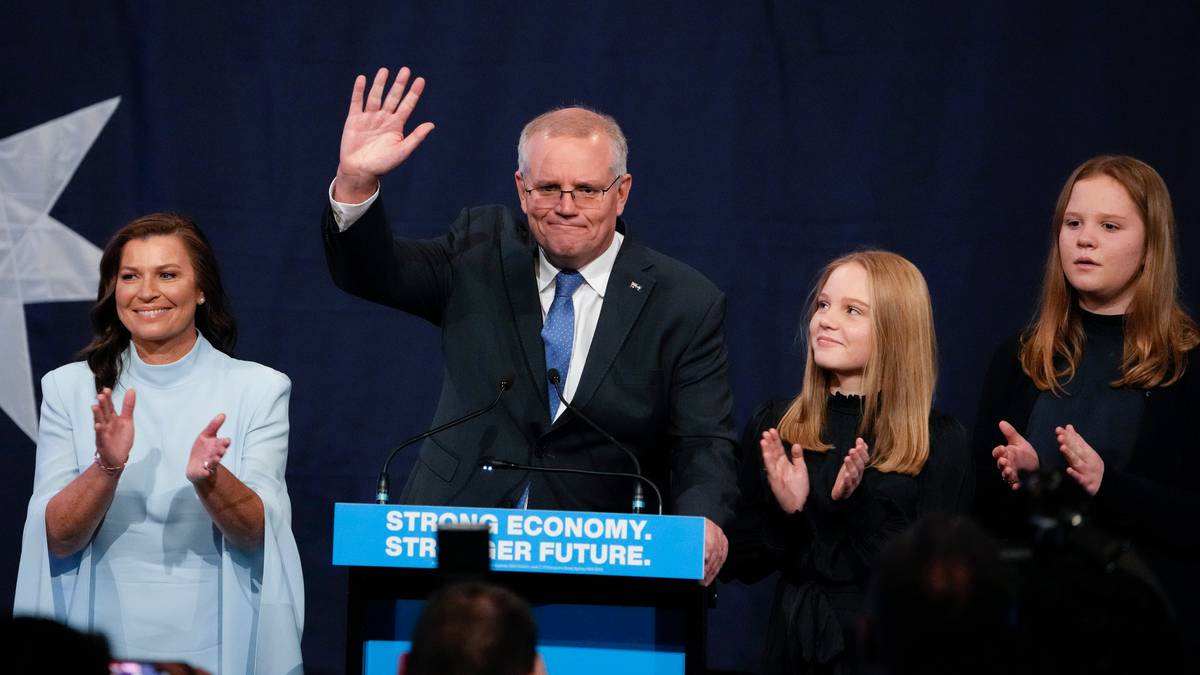 Scott Morrison said his conservative government had left Australia in a robust condition, even as voters punished him for his handling of issues including climate change and the pandemic that helped return the centre-left opposition to power for the first time in almost a decade.

Morrison, 54, said he would step down as head of the Liberal party — the senior member of the conservative coalition that had ruled since 2013 — after conceding defeat to the Labor party and its leader Anthony Albanese.

A former tourism marketer before switching to politics, Morrison was labelled the “accidental prime minister” in 2018 when his government colleagues chose him to replace then-leader Malcolm Turnbull. Morrison sprung a major surprise by leading the coalition to victory in a 2019 election said to be unwinnable.

He has since been deeply criticised for dragging the chain on climate change and for not establishing a promised integrity and corruption watchdog overseeing national politicians.

Morrison was also scorned for taking a vacation in Hawaii during Australia’s major bushfire crisis in the summer of 2019-20, for his government’s bungling of the country’s Covid-19 vaccination programme, and more lately, for being at the helm while South Pacific neighbours, the Solomon Islands, struck up a strategic partnership with China.

He was also widely condemned for a perceived lack of empathy in relation to the treatment of women in Australian society, an issue that drew intense scrutiny through damaging revelations of sexual harassment scandals that rocked federal parliament. Analysts pointed to this area as part of the reason for such a strong vote for the so-called teal independents in Saturday’s election, the majority of whom were women.

Still Morrison, after congratulating Albanese, struck a proud and defiant tone in defending his and his government’s record, focusing on the economy, his administration’s work to stop refugees coming to the country by boats, and on bolstering the nation’s defences.

“We hand over this country as a government in a stronger position than when we inherited it when we came to government [in 2013],” Morrison told a gathering of Liberal supporters in Sydney late on Saturday night.

“Unemployment today is at the lowest level in 48 years,” he said, referencing a rate of 3.9 per cent.

“We leave government, having secured our borders many years ago, and we leave government having restored our nation’s defences,” he added, mentioning the recently created security alliance known as Aukus, that includes the United States and the United Kingdom.

“As a result I will be handing over the leadership at the next party room meeting, to ensure that the party can be taken forward under new leadership,” he said.

“It’s a night of disappointment … but it’s also a time for coalition members and supporters all across the country to hold their heads high. We have been a strong government. We have been a good government. Australia is stronger as a result of our efforts over these last three terms.”