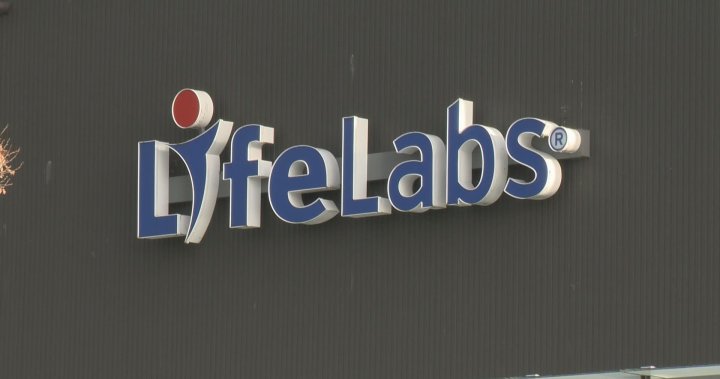 The union representing workers at LifeLabs in British Columbia says the temporary location of nearly a dozen labs is calling for better protection for front-line workers, amid the rapid spread of the Omicron variant of COVID-19.

B.C. General Employees Union president Stephanie Smith said LifeLabs was no facing a staffing “crisis,” and one that could have been at least partially mitigated with better protective equipment for workers.

“As we saw Omicron coming, we were saying where are the N95 masks for the members, bringing back capacity limits,” she said.

“We need to prevent workers from getting sick rather than trying to deal with an emergency situation in under staffing, and life labs is a perfect example of that, having to adjust hours and close.”

LifeLabs announced Wednesday that it was closing 11 patient service centres, mostly in southwestern B.C., and reducing hours at five others due to “the spread of Omicon and related protocols which have resulted in severe employee impacts.”

The company’s website lists numerous COVID-19 safety protocols, including health screening, masking and distancing requirements for customers, a mandatory vaccine policy for staff, and PPE requirements for staff that include masks while speaking with customers and additional PPE “such as eye protection, gloves and isolation gowns as risks present.”

Smith said that the work at LifeLabs, which includes COVID-related testing as well as other critical day-to-day medical testing for thousands of British Columbians, is so important that more should be done.

“If you’re public-facing and you’re working, you should be provided with an N95 or a KN95 mask,” she said. “We want to see essential workers prioritized for testing and access to vaccine boosters.”

LifeLabs is far from alone in facing a staffing crunch as Omicron drives case numbers to record levels, and B.C. health officials have already mused about potentially allowing some health-care workers to return to work early after testing positive for COVID-19.

“What we’re seeing is a notion that the healthcare system could be taken down from the inside out, meaning no staff. And you’re seeing it,” she told Global News.

Nielsen said labs across the country have known for years that they are facing a staffing crisis, as a “greying” workforce begins to retire.

The COVID-19 crisis, which has added a massive workload along with high levels of stress and burnout on lab workers, has only exacerbated that problem, Neilsen said.

“That is before COVID came along.”

In British Columbia, Nielsen said there are only two programs graduating technologists and three graduating assistants.

While the technologist program at BCIT is looking at expansion, Nielsen said there is a lack of clinical placements, essentially internships, for more students.

“We’ve been calling for investment in B.C. for domestic supply, as well as proper qualification routes for the foreign trained for, I will say, at least a decade,” she said.

In the interim, LifeLabs said it was re-deploying staff from closed labs to nearby central locations, and that patients would be redirected to a facility that could serve them.

The company says it continues to monitor the staffing situation and would provide an update in the next two or three weeks.