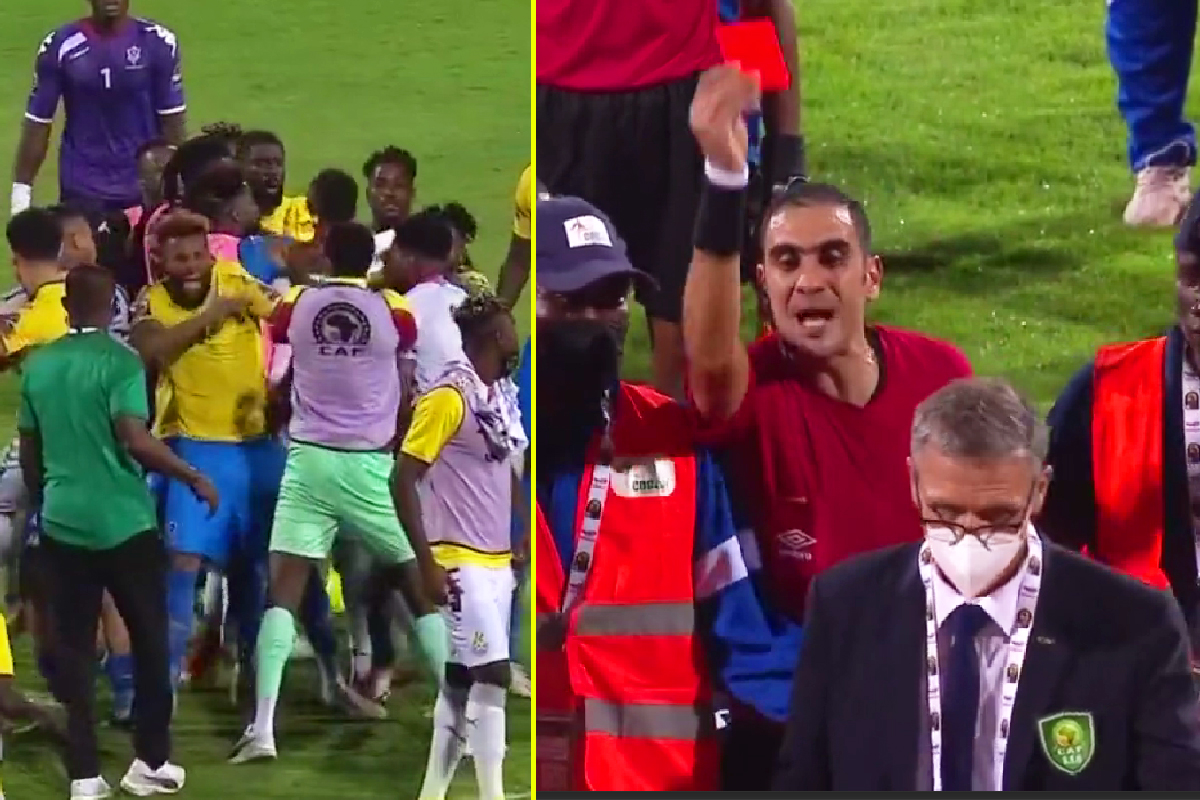 Benjamin Tetteh received a straight red card long after Ghana’s 1-1 draw with Gabon finished at the Africa Cup of Nations on Friday.

The Ghanaian striker, who plays for Turkish Super Lig club Yeni Malatyaspor, only came on as an injury-time substitute, but still managed to cause plenty of drama.

Ghana led from the 18th minute as Andre Ayew opened the scoring.

However, with just two minutes remaining in the match, Gabon’s Jim Allevinah scored an equaliser.

To try and snatch a winner, striker Tetteh was sent into the fray.

In the end, he threw more shots with his fists than he took with his feet.

As a fracas broke out after the full-time whistle, players from both nations clashed.

Amid the drama, Tetteh punched Gabon’s Aaron Boupendza in the face, causing him to dramatically fall to the pitch.

Tetteh then ran off down the tunnel.

As a result, it took Algerian referee Lahlou Benbraham several minutes to work out who exactly warranted the red card.

Following deliberations, he sent Ghana’s Thomas Partey down the tunnel to retrieve Tetteh.

The striker was brought back out towards the pitch and received his red card.