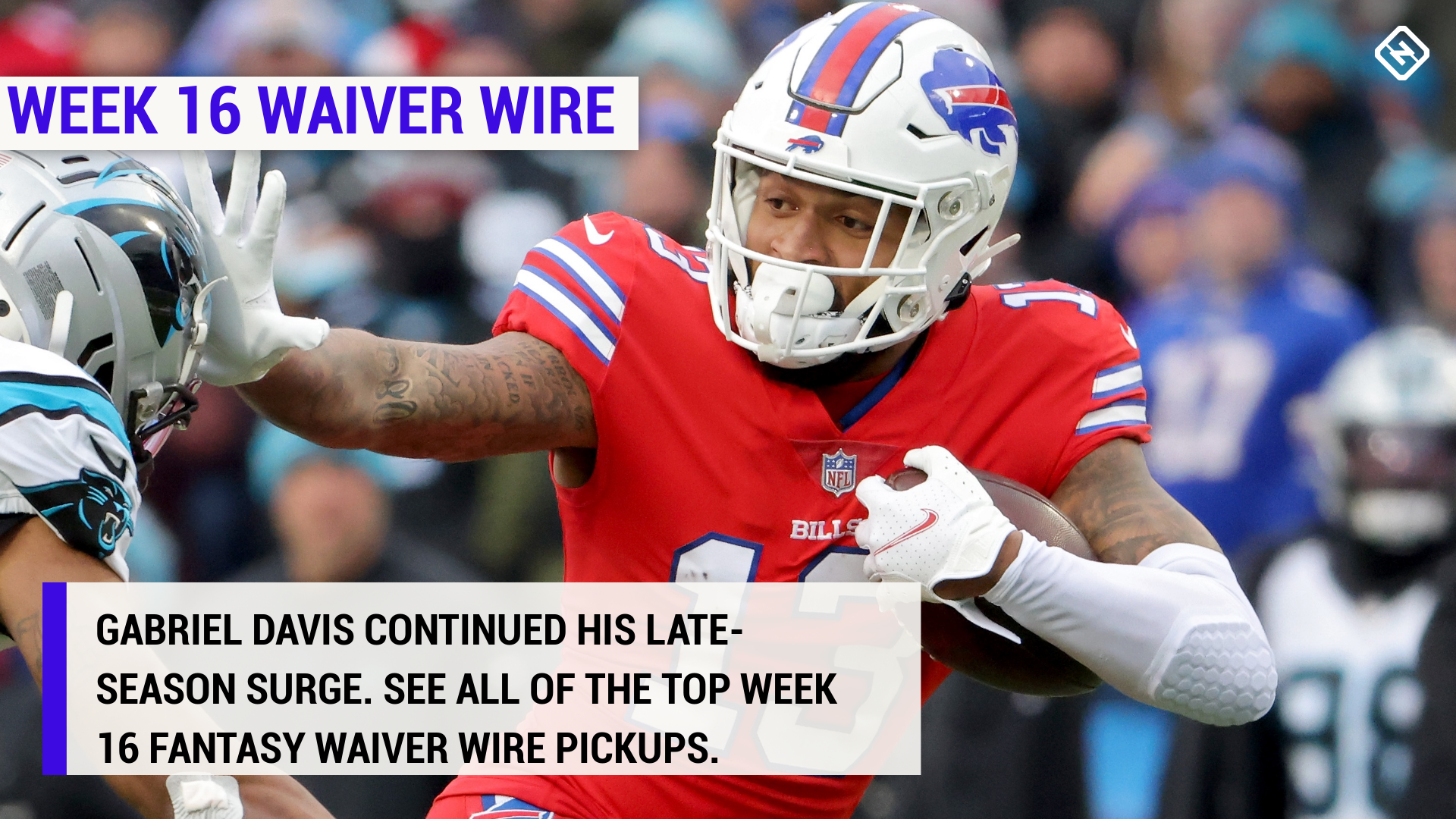 Three of the top Week 16 fantasy waiver wire pickups and free agent adds are legit breakout wide receivers who could have major impacts on the final two rounds of the fantasy football playoffs. Those would be Gabriel Davis, Amon-Ra St. Brown, and Russell Gage. Two of the other top pickups, at least based on initial glance at the box scores, are running backs who probably have little value beyond this week. Those would be Duke Johnson and Craig Reynolds. However, at this point in the season, even flash-in-the-pans can’t be overlooked because you never know who will stick in lineups, but Johnson and Reynolds won’t have as much value as Samaje Perine if Joe Mixon’s injury is serious.

Our full free agent list doesn’t feature many guys who should necessarily be picked up because of their high levels of production or talent. It’s more about opportunities and matchups. With the recent rash of players going on the reserve/COVID list, not to mention the usual amount of injuries, having capable backups in favorable matchups at every position will be key. That’s why we have a slew of Week 16 streamer suggestions at QB, WR, TE, and D/ST(and the rare RB streamer suggestion), which can be found at the end of this list.

It’s tough to single out a “top” waiver pickup at this point, as it really comes down to what you need or what you’re trying to block your opponent from getting. There’s no need to “save” waiver claims if you’re in the fantasy semifinals, so if you need a WR, grab Gage, St. Brown, or Davis. If you need an RB, Perine might be your guy. Johnson and Reynolds likely aren’t worth waiver claims (see below), but they are priority free agent pickups. Chances are, we’ll hear about a key RB injury or COVID situation on Monday or Tuesday, propelling another unsuspecting backup into the fantasy spotlight.

That’s who it always goes at this time of year, so the key is to stay alert and be ready to pounce. Also, make sure you’re maximizing every roster spot. If that means rotating streamers/handcuffs each week, then that’s what you have to do. You never want to give up a player who could have legitimate value to someone else, but with the possibility of more games getting rescheduled and your starters potentially going on the reserve/COVID list in the meantime, you have to always have pivots ready to go.

Unless otherwise noted, only players owned in fewer than 50 percent of Yahoo leagues considered.