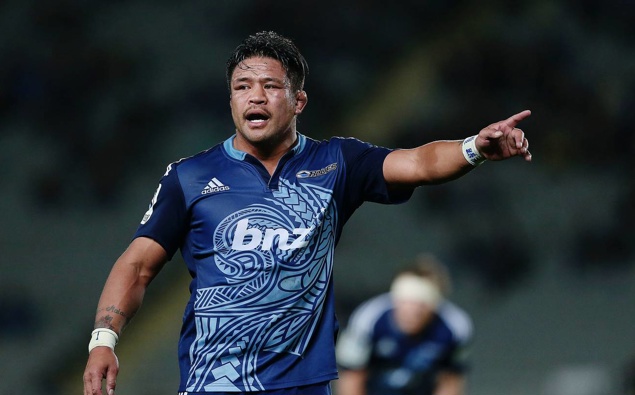 All Blacks legend Keven Mealamu believes he has cracked the code as to why Leon MacDonald’s Blues are the best in nearly 20 years.

The Aucklanders are on a record 13-game winning streak and have a home playoff run starting with the Highlanders in the Super Rugby Pacific quarter-finals this weekend.

Since David Nucifora departed the franchise in 2008, no Blues coach has been able to maintain a regular season winning percentage of above 50 throughout a tenure.

Pat Lam showed a brief glimpse of promise, leading them to the semifinals in 2011, but collapsed the following year. Neither Sir John Kirwan or Tana Umaga’s reigns led to a playoff berth.

After a tough 2019, the former Crusaders and All Blacks midfielder gave Blues fans something to cheer about, with two strong Super Rugby Aotearoa campaigns and the trans-Tasman title last year, ending an 18 year drought.

Mealamu says MacDonald has found a game plan which unlocks the Blues’ talent.

“Look at the potential over the years. There has always been potential but I suppose it’s finding the right structure and system and the belief from the players to play in a system they enjoy and one that’s successful as well.”

The All Blacks centurion starred for the victorious Blues side in 2003, when they beat the Crusaders 21-17 in the final at Eden Park.

With the Blues winning their last two fixtures over the Brumbies and Waratahs by dropped goal, Mealamu identifies a winning culture backed by faith in teammates.

“When you’re able to put together some really good performances and even win games that come down to the wire, you build this real strong belief in the team. One thing I’ve seen is the enjoyment but also the belief in being able to beat any side.”

The former All Blacks hooker says the franchise has finally found the right personnel, who have been able to grow over the past few seasons.

“I know that a lot of work has been done in the background and a lot of work done with some good coaching and the right roster. I think they’ve got so many things working in their favour and it’s great to see our boys up there really enjoying playing well.”

While the Blues are heavily favoured to make the Super Rugby Pacific final, Mealamu warns against complacency.

“When you get to this side of the competition, you’ll see teams that haven’t played that well step up to the mark.

“It’s just a matter of making sure you play to your potential. You’ve got to play for that 80 minutes. If you look too far ahead there’s always that possibility of slipping up.”