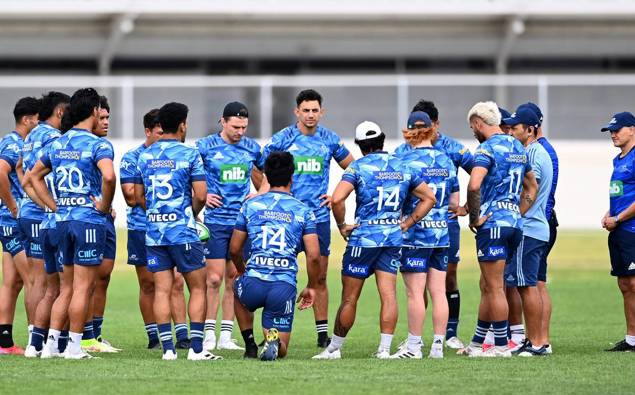 The Blues are the latest New Zealand Super Rugby team to be hit by Covid-19.

The Herald understands one starting player tested positive on Thursday night, and that case numbers at the franchise have since grown.

At this stage, the Blues game against the Highlanders at North Harbour Stadium tonight is expected to go ahead but the remainder of the squad are waiting test results.

In a statement to the Herald, the Blues confirmed their Covid outbreak that is almost certain to continue to spread throughout the team in the coming days.

“A small number of players in the squad have tested positive for Covid. They are self-isolating and the remainder of the squad will continue with the strict protocols including regular testing,” a Blues spokesperson said.

“While we have been extremely vigilant, as the other Super clubs have found, the Omicron variant can infiltrate the team. It will require some changes to the playing squad for Friday night’s game against the Highlanders at North Harbour Stadium.”

Five New Zealand-based Super Rugby teams have now been affected by Covid this season. The Crusaders are the only team yet to be impacted.

The Hurricanes match against Moana Pasifika on Saturday night was postponed after the Wellington-based franchise had up to 20 positive cases.

The Highlanders and Chiefs, who had six front-line players not considered for selection against the Crusaders in Christchurch on Saturday, have also been affected this week.

Those games have since been rescheduled to mid-week fixtures.

In a taxing schedule that will seriously test the depth of their squad, Moana Pasifika will now meet the Blues at Mt Smart Stadium on Tuesday, March 29, and the Chiefs in Hamilton Waikato on Tuesday, April 12.