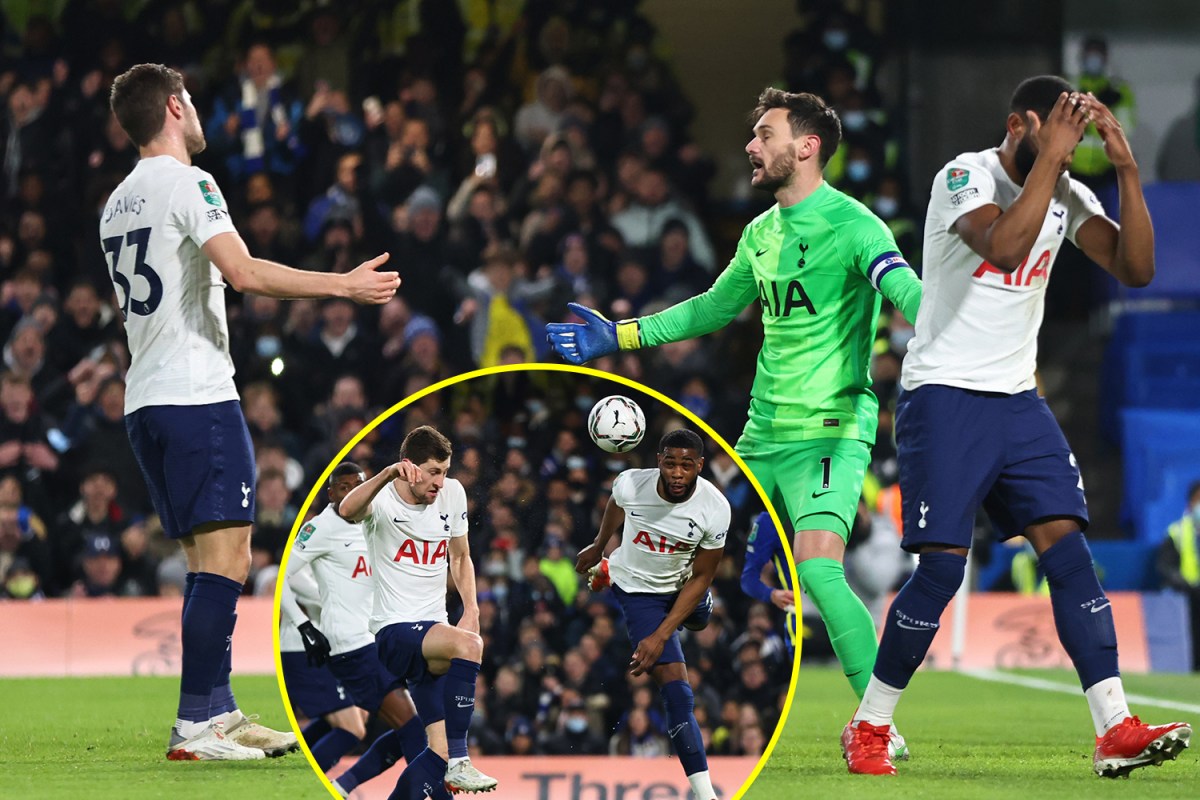 Chelsea are well on their way to the Carabao Cup final after capitalising on a shocking first-half performance from Tottenham and recording a 2-0 win in their semi-final first leg at Stamford Bridge.

Kai Havertz opened the scoring for the Blues after just five minutes with the help of Davinson Sanchez, who deflected it past Hugo Lloris.

Spurs’ calamity gifted Chelsea their second goal on the half-hour mark, as Hakim Ziyech’s free-kick was headed on to Ben Davies and into the back of the net.

The Morrocan, who was due to go to the African Cup of Nations with his country before a falling out with his manager, sparkled for the hosts, creating numerous chances for Romelu Lukaku and co.

Lukaku, who also had a falling out with his manager, Thomas Tuchel, this week, failed to get the goal that he would’ve wanted to get the Stamford Bridge faithful back on side after his controversial interview last week.

Despite a poor first half, Tottenham put in a better display in the second, but couldn’t find a goal to take into the second leg at the Tottenham Hotspur Stadium.

But their performance in the first 45 minutes led to talkSPORT’s Dean Ashton comparing them to Premier League basement boys Norwich.

“You don’t mind Tottenham sitting in when Chelsea are in their own half but when they start getting forward, Spurs need to press,” the former Canaries striker said.

“They’re nowhere near them. Mount has had the freedom of the park – I actually feel for Holjberg and Skipp, there’s so many blue shirts in there.”

Chelsea raced into the lead, hassling Spurs with precision pressing.

Marcos Alonso robbed Emerson Royal amid Tottenham’s pedestrian passing, then fed Havertz down the inside left into the box.

German forward Havertz latched onto the pass and pinged past Lloris, via Sanchez’s deflection.

A goalmouth melee left Havertz with a suspected broken finger, but after touchline treatment, the former Bayer Leverkusen player was back in action.

Havertz should have doubled both his and Chelsea’s tally when a deflected clearance fell straight into his path, but a scuffed first-time shot allowed Lloris a routine stop.

Antonio Rudiger’s far-post shot was deflected wide from a corner as Chelsea’s dominance continued, and then a major defensive bungle gifted the Blues their second goal.

Japhet Tanganga’s headed clearance ricocheted off the nonplussed Davies’ shoulder – and straight past the statuesque Lloris.

Lukaku should have made it three before the break, but the striker could only nod wide from Ziyech’s teasing cross.

Spurs did improve after the interval, and Harry Kane’s drilled free-kick forced a solid stop from Kepa Arrizabalaga.

Ziyech finished the evening by conjuring the pass of the night to send Werner clear through the middle, but Lloris extended a palm to his attempted chip to thwart the German.