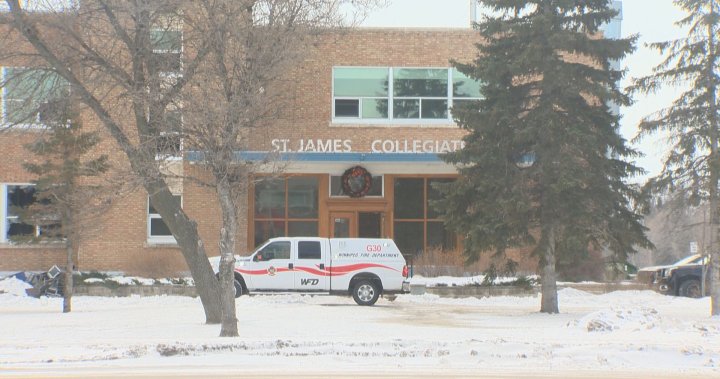 Classes are being cancelled at a Winnipeg school after a fire broke out Sunday morning.

A spokesperson for the St. James-Assiniboia School Division says there will be no school for students of George Waters Middle School and St. James Collegiate on Monday, Dec. 20 as a result.

“We are hopeful to have more information by Monday, December 20 at noon and will update families on the status and plans for the remaining two days of instruction,” the spokesperson said in an email.

Winnipeg Fire Paramedic Service crews were sent to the two-storey school in the 1900 block of Portage Avenue after a fire alarm was triggered at 10:30 a.m., according to the city.

Winnipeg Fire says crews were met with smoke coming from the building when they arrived. The fire was declared to be under control at 11:55 a.m.

No one was found inside the building and no injuries are being reported.

The city says the cause of the fire is under investigation, and no damage estimates are yet available.