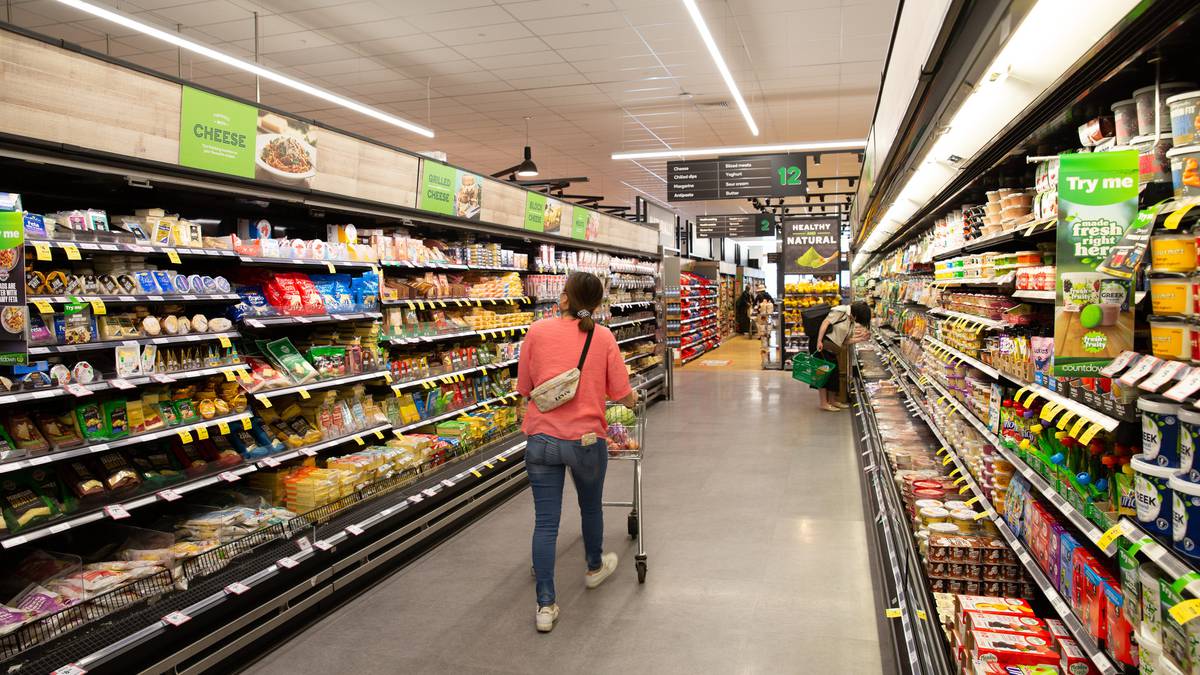 The report’s key recommendations:
*Addressing imbalances in bargaining power between the major grocery retailers and many of their suppliers by introducing a mandatory grocery code of conduct;
* Freeing up land for supermarket development, through changes to planning laws and prohibiting the use of restrictive covenants on land and exclusivity covenants in leases;
*The major grocery retailers Woolworths and Foodstuffs offering wholesale supply to other grocery retailers on a voluntary basis, subject to some limited regulatory measures;
*Helping consumers make more informed purchasing decisions and enhancing competition at the retail level by introducing mandatory unit pricing

The Commerce Commission has concluded competition is “not working well” in the supermarket sector, recommending a mandatory code of conduct for suppliers.

However, the competition watchdog has stopped short of requiring major structural change in the $22 billion sector.

This morning, the commission released its final report from its market study into supermarkets.

Chair Anna Rawlings said the two major groups, Foodstuffs and Woolworths, operated effectively as a duopoly with a fringe of smaller rivals.

“We have found that the intensity of competition between the major grocery retailers who dominate the market, Woolworths NZ and Foodstuffs, is muted and competitors wanting to enter or expand face significant challenges,” Rawlings said.

“While there is an increasingly diverse fringe of other competitors in the sector, they are unable to compete effectively with Woolworths NZ and Foodstuffs on price, product range, and store location to offer the convenience of one-stop shopping for the many different kinds of shopping missions that consumers undertake.”

The two companies, which have a combined market share of about 80 per cent, largely only considered each other when setting prices.

While Rawlings said the Commerce Commission found that profitability in the sector was higher than in many other countries, it had seen evidence late in the study process which meant it now believed the sector was not as profitable as it believed in its interim report in July 2021.

In July, Rawlings said the interim conclusion of the commission was that the problem in the grocery sector was structural. Today’s release stopped short of recommending that the sector be forced to create an independent wholesale operator.

She said such a body was unlikely to be sustainable in the long term.

The commission found that the nature of retail pricing and promotional strategies, and the major grocery retailers’ relationships with suppliers, indicated “that competition is not working as well as it could”.

“In addition, it has highlighted that New Zealand’s retail grocery prices appear comparatively high by international standards, the profitability of major retailers also appears high, and while consumers benefit from a range of innovations, there is scope for more.

“The best way to improve competition in the retail grocery sector is through measures that will make it easier for independent grocery retailers to set up and expand,” Rawlings said.

“We found that the biggest challenges facing competitors are a lack of suitable sites for store development and difficulties in obtaining competitively priced wholesale supply of a wide range of groceries.”

The report recommended changes to make more land available for new grocery stores by changing planning laws to free up sites, banning the use of restrictive land covenants and exclusivity clauses in leases that prevent retail grocery stores from being developed, and monitoring land banking by the major grocery retailers.

Rawlings also recommended a dedicated supermarket regulator to go alongside a mandatory code of conduct to monitor relationships with suppliers.

“Many grocery suppliers fear having their products removed from store shelves if they do not agree to accept some costs, risks, and contractual uncertainty. This can reduce the ability and incentive for suppliers to invest and innovate, reducing choice for consumers,” Rawlings said.

The commission recommended introducing a mandatory code of conduct for grocery supply relationships to improve transparency and ban unfair conduct, strengthening the existing law prohibiting the use of unfair terms in standard form contracts and considering whether to allow collective bargaining by some suppliers.

Recommendations to help consumers make more informed purchasing decisions, and stimulate competition between retailers, include requiring major grocery retailers to ensure promotional and pricing practices, and the terms and conditions of loyalty programmes, are easy for consumers to understand.

“The market study has brought an increased focus on the sector and the major grocery retailers have publicly committed to address some of the practices covered by our recommendations.

“Nevertheless, the commission has recommended formal regulatory requirements, monitoring and oversight by a grocery regulator, and a dispute resolution scheme to resolve wholesale and supplier disputes. These regulatory measures will help deliver the changes to competition that we have identified are needed,” Rawlings said.

“In addition, we have recommended a review of competition three years following the implementation of any changes to evaluate their effectiveness.”

The findings between the interim and final report were unchanged in that competition was not working well in the sector.

In July the commission said the market conditions were such that they did not believe a major third player would enter the market.

Today it said it believed that the recommendations, particularly around making land available, would increase the odds of a third player arriving.

Commissioner Dr John Small said the changes could make as many as 90 sites available that were not available before.

Forcing the major players to divest sites would be unprecedented, Rawlings said, and could lead to a loss of efficiency in the sector.

She said returns on investment in the sector were “higher than we would expect” but the commission had revised downwards estimated of profitability.

Previously the commission had said it believed that the return on capital could be in excess of 20 per cent in the sector, but Small said the view was that it was around 13 per cent.

“This includes exploring how a code of conduct between major retailers and suppliers could be developed and looking at the role a dedicated regulator for the grocery sector could play.

“The commission’s findings indicate that restrictive covenants over land are a major barrier to supermarkets accessing new sites, so I want to ban these covenants being used to stop competition.

“The report sets out a clear justification for change in the grocery market. The status quo will not deliver fairer prices for consumers and a better deal for producers and wholesalers, and I hope the sector will constructively engage in the changes that need to be made.”

He said the report – the second of three market studies commissioned – is clear: “competition in the retail grocery sector is not working. Consumers could get better prices, range and quality if action is taken”.

“When New Zealand supermarkets are making more than double what the Commerce Commission considers to be a normal rate of return on capital for grocery retailing, it’s clear there is a problem with competition that needs to be fixed.

“New Zealanders are paying more at the checkout than most. Out of 38 OECD countries we’re the fifth highest in terms of grocery prices.”