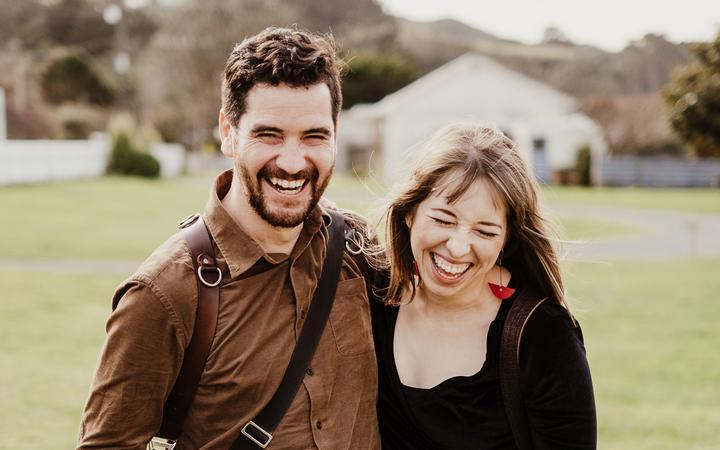 It is a nightmare scenario for a couple who have sometimes spent years planning the wedding of their dreams.

The photographer, the makeup artist or the celebrant tests positive for Covid-19 and there’s a mad scramble to find a replacement.

However, for vendors, help is now at their fingertips with a new online tool called Mayday Weddings, which enables them to quickly find replacements if they get sick.

Wellington photographer Hemi Phillips came up with the idea for Mayday Weddings after realising just how much disruption Omicron would cause once it started infecting tens of thousands of people.

“The community in New Zealand is really quite close so we’ve got a good network of people we can reach out to, but I knew this was something different. It was going to affect a lot of us and all at once, and I wasn’t sure those networks could cope.”

Hemi – who started Patina Photo and Video with his wife, Michelle, a decade ago – has been teaching himself software development for the last couple of years.

“So I started putting together a tool, showed it to a friend and he said, ‘this would be so good’. I put it out to our community, and it just exploded.”

There are now more than 300 wedding vendors signed up, covering every part of the country.

Already, Mayday has saved the day for about 40 couples.

“A vendor can just jump on, put in a job and say ‘I need this particular skill in this area’ and Mayday will take those details, match them to the right people and blast them with an email or text, and the whole thing can just take a matter of minutes.”

Kirsten Ferris, who runs Auckland’s Wonderferris Photography with her husband Adam, turned to Mayday to do a job on Saturday when a household member tested positive for Covid-19 in the first week of March.

“I couldn’t find anyone in our usual Facebook group so Hemi reminded me to use Mayday, so I did that. Within an hour, I had a response from another photographer, I contacted the bride and said ‘Hey, this has what’s happened’, and basically we were all sorted.”

The event was a deferred reception for a couple who got married in October when they were limited to eight guests.

Bride Emma Hunt says it was sorted before they even knew there was a problem – but it was not a big surprise, since Omicron had already taken out many of their guests. They were onto their third MC.

“At that point, people kept dropping off and you hear about the cases going up so we weren’t that surprised when they said they couldn’t make it. But it was so awesome they found someone so quickly. I didn’t expect them to find anyone at all.”

Mayday Weddings also rescued the day for one couple in Taranaki after their original photographers had to isolate.

They found another photographer through Mayday – but then he too got sick.

Nisha Ravji, who is in Auckland, happened to have a weekend free because her clients had to postpone their wedding after they got stuck overseas.

She got the call two days before the wedding and flew out the next day.

Nisha photographed a wedding yesterday Wednesday, for a couple who had been forced to cancel four previous dates due to successive lockdowns.

It was the first time she had met the bride in person.

“She actually got super teary when I walked in – the makeup artist was a bit upset with me because she had just done her makeup. But she gave me a big hug. It was quite surreal because this was the first time I had actually met this person I had been chatting with since March 2020, when everything hit the fan.”

Nisha, who lives part of the year in Berlin and works all over Europe, said Mayday Weddings could be a game-changer for the wedding industry globally.

“London is a great example – last June, it was a nightmare. We were making phone calls, people went back to phone-tree systems, Facebook is so hit and miss, [people were using] Instagram direct messages, trying to find cover for couples.

“This website is just ridiculously good … and Hemi has just done this out of the goodness of his heart.”

Phillips built the site for free and does not charge users.

He admitted his wife had been left running their business alone for a month while he had been building Mayday Weddings.

“She knows that if we do get sick through this, it’s something we’re going to need as well.”