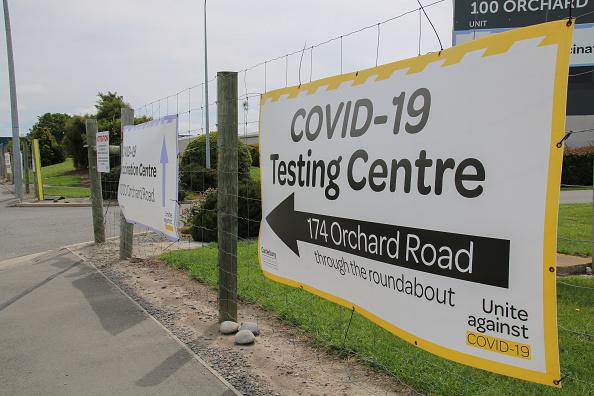 Two more people with Covid-19 have died in Canterbury but the number of new community cases in the region has fallen for the third consecutive day to 1617.

The Ministry of Health has reported 9563 new community cases across New Zealand today – including 1617 in Canterbury and 279 in South Canterbury – as well as 528 hospitalisations and 16 deaths.

Today’s deaths take the total number of publicly reported deaths linked to Covid-19 to 547 with a seven-day rolling average of 13.

Two of the 16 deaths were in Canterbury, while five were from the Auckland region, four from Waikato, two from Bay of Plenty, one from Lakes DHB area, one from MidCentral, and one from Whanganui.

Two of the people were aged in their 60s, six in their 70s, four in their 80s, and four over 90. Nine were female and seven were male.

Of the 528 cases in hospital, 42 are in Canterbury DHB hospitals and four are in South Canterbury hospitals. There are 28 people in ICU or HDU.

The ministry said the number of reported community cases is expected to continue to fluctuate day to day, but the overall trend remains an overall reduction in reported cases.

In the Canterbury DHB area on Thursday, the number of reported new community cases has dropped for the third consecutive day.

There were 61 new cases identified at the border.

Planning on heading away this long weekend? Health officials are warning that if people catch Covid while on the road, they may need to self-isolate wherever they test positive or become a household contact.

“There may be extra costs involved in paying for additional accommodation and changing your travel plans,” the Ministry of Health said this afternoon.

If a case had used their own vehicle to travel, they could travel back to their home to isolate, but needed to take public health measures to ensure they didn’t infect anyone on their way home.

However, if a person had used public transport or travelled between islands, they would not be able to isolate at home.

It was important they had a plan and the ability to isolate where they were holidaying, if they needed to, the ministry said.

The ministry said there were three action people could take to protect themselves and others over Easter.

• be up to date with vaccinations, including a booster if you’ve not yet had one. If you are planning to be away this long weekend, get boosted before you go.

• wear a mask. Masks are still required in many indoor settings. A good rule of thumb is to wear a mask in indoor public settings as we know that mask use halves the risk of spread of Covid-19. You must also wear a face mask on all flights and public transport, in taxi and ride-share services — unless you are exempt.

• stay home and avoid others if you’re unwell, isolating or waiting for the results of a Covid-19 test.

Covid-19 Response Minister Chris Hipkins said yesterday positive signs – including a fall in new case numbers – meant it was time to relax restrictions and depart from the red setting.

“We are over the peak, we are coming down the other side; in some places we’re coming well down,” he said of the today’s move to the orange setting.

Under the new setting the 200 people cap for indoor hospitality venues, events and gatherings has been canned.

Face masks are also not required to be worn in as many places anymore including in bars, restaurants and even schools.

However, they must still be worn when visiting shops, which has left retailers fuming.

Retail NZ chief executive Greg Harford said a lack of progress on them was infuriating.

“While it is good news that the country is moving to orange, it is absurd that the Government is removing mask requirements in the hospitality and education sectors, but keeping them for retail,” he said.

He told Newstalk ZB’s Mike Hosking that mask rules remained in supermarkets and other shops because it was likely elderly and immunocompromised people had to visit these places. The rules were now removed for nightclubs and bars because people had a choice to attend those places.

“Masks are required where you have to go, so you have to go to the supermarket. If you’re going out to a nightclub, it’s a choice to go there and you’re taking on a higher degree of risk.”

Meanwhile, the move to orange means Air New Zealand passengers no longer need to provide proof of vaccination or a negative Covid-19 test to fly domestically.

Air New Zealand chief executive Greg Foran said it was a move in the right direction to make travelling easier for people.

“I’m seeing encouraging signs with bookings so I’m pretty excited about what we’re seeing from the Government.”