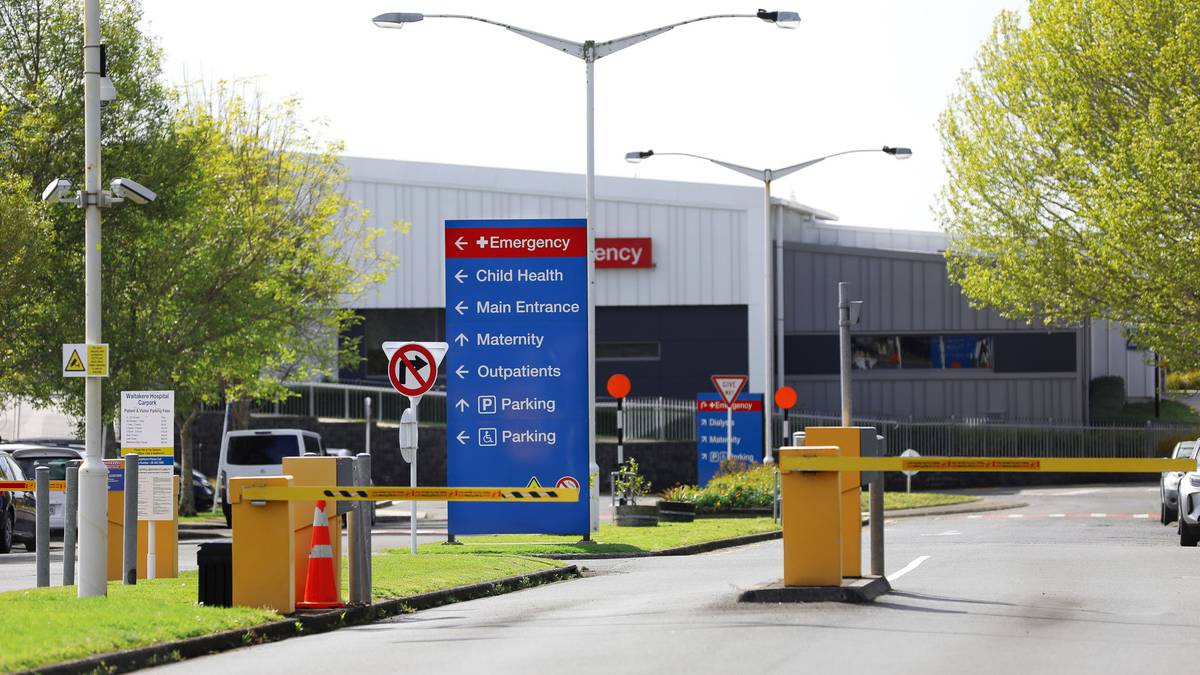 US slaps Russia with oil, gas and energy sanctions, Covid infected healthcare staff can return to work and local councils may still have a voice in the Three Waters Reform in the latest New Zealand Herald headlines. Video / NZ Herald

Nurses are disappointed and angry that they will be called on to work while infected with Covid-19.

The Government announced yesterday healthcare staff who tested positive for the highly transmissable virus but were asymptomatic or had mild symptoms could work on Covid wards patients without any stand down period as a “last resort”.

DHBs also had the option to allow critical healthcare workers to return to work six days after being infected with Covid-19 providing they produced two negative Rapid Antigen Tests.

“They are burnt out, they are tired and fatigued, and now these latest orders mean they have to make a choice to go back to work or not go back to work and they should never be put in those positions.”

Nuku said nurses needed time to rest and recover especially if they were symptomatic or even asymptomatic. The Government was not listening to nurses and they had been “pinned into this”, she said.

Nurses were already under staffed so felt obliged to brush aside their own wellbeing to support their colleagues and community especially when they were asked to do so by their managers.

Some NZNO members were even reporting that it was still a struggle to get hold of PPE gear.

Sarah Dalton, the executive director of the Association of Salaried Medical Specialists, said they had been working really hard to make sure doctors weren’t going to work sick and the latest move “flies in the face of this”.

“We really hate the idea that any health worker might feel pressured to return to work sooner than they feel comfortable doing. And while these new rules suggest it’s by mutual agreement, we know that even without these extra staffing pressures, it is really, really normal in many services to have daily texts and ring arounds to fill roster gaps.”

She said it was a double standard and that the health of health workers appeared to be negotiable.

Dalton urged the DHBs to follow its own advice given to the general public and tell staff to stay home if they were sick.

“We really hope DHBs don’t pick this advice up.”

But Australasian College for Emergency Medicine President John Bonning has welcomed changes to isolation rules for critical workers in the health sector.

Speaking to Newstalk ZB’s Mike Hosking, Bonning said the changes were pragmatic but some were nervous about them.

He said New Zealand was at a point now where it was about finding ways to live with the virus and that 10 days isolation was just too long.

“It’s a little bit frustrating when you’re completely well and need to be off work, there’s significant impact to the workforce with that.”

He said there were plenty of other critical services that might benefit from this.

Meanwhile a growing number of politicians are falling sick with Covid-19.

National leader Christopher Luxon and Auckland mayor Phil Goff have both tested positive for Covid-19 this week and are both so far experiencing mild cold symptoms.

Luxon told AM he was feeling fine, while Goff has a sore throat.

National MP Mark Mitchell told Newstalk ZB this morning he had tested positive at the same time as his leader, but so far had no symptoms so far.

Mitchell tested positive when he took a routine Rapid Antigen Test on Monday.

The number of people testing positive for Covid-19 outside Auckland is also ramping up with more than 17,000 people across the Wellington region isolating and in need of some level of assistance.

The virus had also impacted about 15 per cent of general practice staff in Wellington who were also unable to work because of Covid-19, according to RNZ.

“One of the issues here is providing services for patients with Omicron, but [there’s] a need to maintain business-as-usual services, which are getting compromised at the moment.”