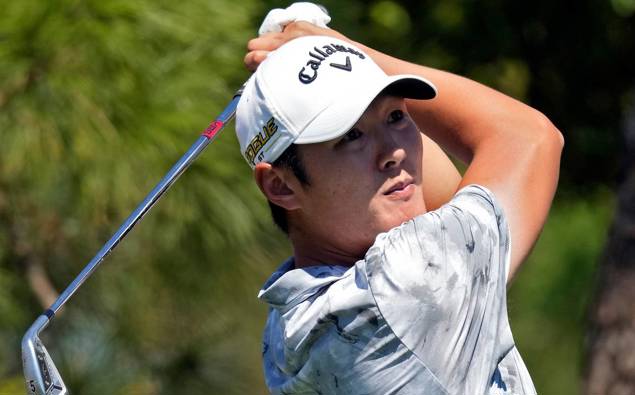 Danny Lee has brushed off a frustrating couple of weeks on the PGA Tour to sit one shot behind the lead at the Valspar Championship in Florida.

Lee shot seven birdies with just one blemish to card a six-under 65 in his first round at the Copperhead course in Innisbrook.

Lee, who started on the back nine, was on fire early and opened his round with three straight birdies.

He remained dialed in from tee-to-green all day, except for one bogey on the 17th, to sit in a four-way tie for fifth, one shot behind the four leaders at seven-under.

The 31-year-old said he was happy with his opening round and the course after a strong first day.

“I always like this place,” Lee said. “Tee to green it just suits my eye very well and obviously I also hit it great today. I wish I can play like this every day.”

Lee was one of many players who withdrew from the Players Championship last week after being caught on the wrong side of the weather that led to a five-day tournament to get in 72 holes.

He found relief from the crispy, fast conditions of Bay Hill to the soggy turf at Sawgrass last week that featured just about every type of weather over five days except snow.

“It’s nice to play under normal conditions again. The last two weeks have been brutally tough and mentally and physically,” Lee said. “Today was actually I would say a little easier than last couple weeks. So that kind of helped, I guess.”