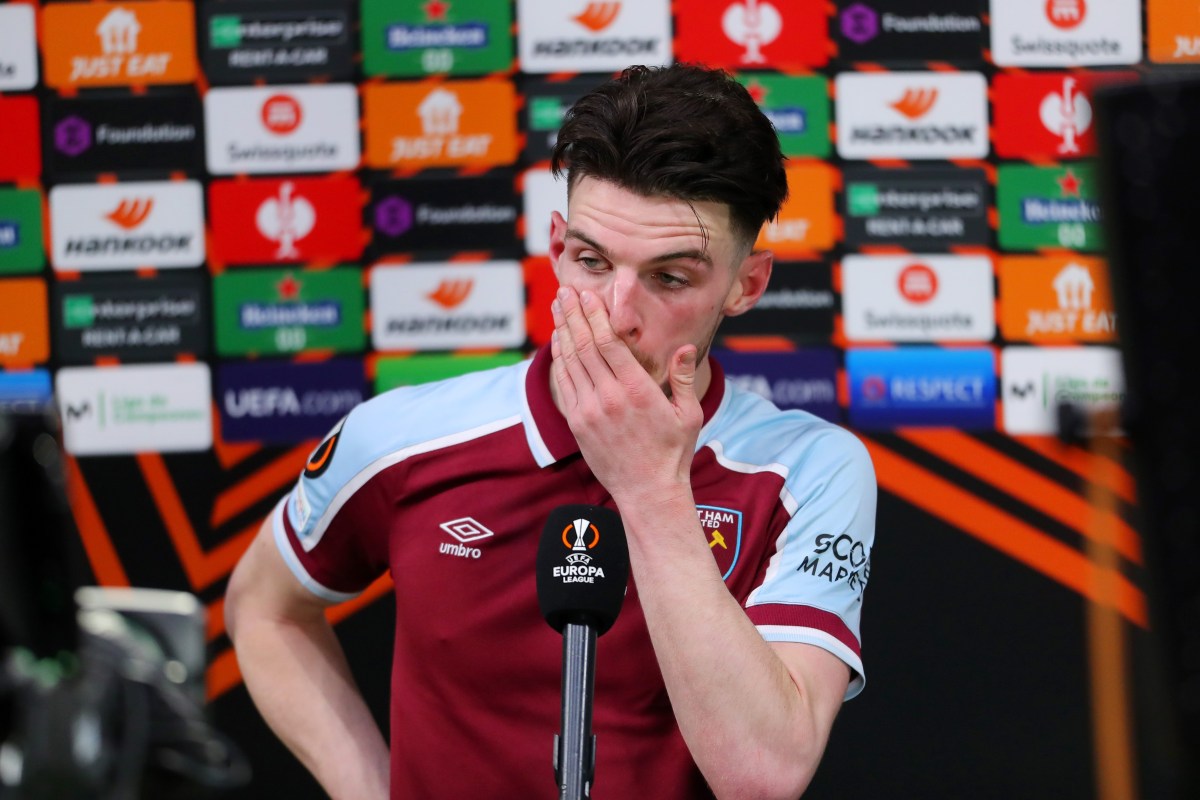 The Blues have effectively been frozen after the UK government sanctioned Russian billionaire Abramovich due to alleged links with Vladimir Putin amid the ongoing invasion of Ukraine.

Abramovich’s sale of Chelsea is now on hold and the club are currently unable to make transfers, agree contracts, or sell new tickets and merchandise.

The Blues, who can still compete in competitions, are hoping to agree a license which allows them to operate more normally, while it is understood the government are open to allowing a sale which does not benefit Abramovich.

For the meantime, however, the sanctions could have a direct impact on Rice’s future at West Ham.

The England midfielder has been heavily linked with a move to Chelsea this summer, having supported the club as a boy and played for their academy.

And Sinclair believes the Hammers captain, also chased by Manchester United, could now stay at West Ham and wait another year before leaving.

Sinclair told talkSPORT: “Declan might think, ‘Well I don’t want to go anywhere else, so I might as well stay’.

“He’s loved at the club, he’s captain of the club and he’s enjoying his football – so why wouldn’t he stay?

“If Chelsea sort their house out, he might go next summer instead, and that could be a blessing for West Ham fans.”